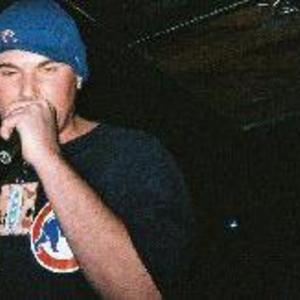 Although still a couple years shy of thirty, Tragic (Randall Rojas) has been through more than his share of ups and downs. Throughout his ongoing journey in this game we call life, Tragic has managed to survive growing up in a broken home, multiple run- ins with the law, and fatherhood with one common theme-MUSIC. Using real-life as his main source of inspiration, he continues to use Hip Hop as an outlet to survive and communicate today.

Born in the late seventies Tragic grew up in Tacoma Park Maryland, a suburb of
Washington D.C. Growing up in a Hispanic home, he was unable to speak English
until he started school. Trying to learn a new language in school combined
with an unbalanced home life, made for some rough childhood years. His father
struggled with alcohol abuse and was often times physically abusive to his
mother. One of Tragic's most vivid childhood memories is of his father getting
severely drunk, firing a shotgun at of an upstairs bedroom window, and in turn
being hauled off by the local police after a tense standoff. To make matters
worse, he, his mother, and sister bounced around from shelter to shelter
before settling in a permanent home. Not surprisingly he began to act out by
getting in fights at school and stealing from stores. This led to him to write
his first verse at the age of eleven-a short rhyme about stealing candy from
the local 7-11. The Hip Hop seed had already been planted.

High school saw the teenager enter JFK High where he had short stints wresting
and playing football. However, he soon traded these activities for less
productive ones. Spending time tagging with his group the Krylon Art Syles,
aka Kicking Ass Spics, he began to use drugs and get into more trouble. These
troubles led to his mother throwing him out of the house for good. Lost and
troubled he joined the King Browns, a local gang, where juvenile hall trips
where not uncommon. It was during these stints in juvenile hall where he
really began to take his rapping skills to a higher level. As his skills began
to grow, so did his troubles with the law. Facing some serious trouble Tragic
hopped a bus to New Orleans in 1996 and never looked back.

Read the rest of my bio on my web page...Ironworkent.com

Something Out Of Nothing