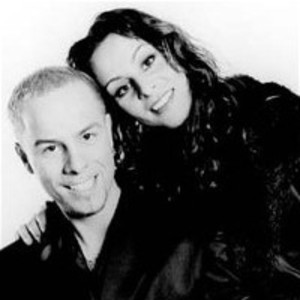 Total Touch is a popband with influences of soul, r&b and dance. The group consists of nine people, but the most important are Tjeerd and Trijntje Oosterhuis. The album Total Touch was recorded on 1996 (with the singles Touch Me There, Somebody's Else's Lover, One Moment Your Mind and Standing' Strong, Together!). This debute-album was the best selling album in the Dutch record industry. More than 500.000 copies were sold.

The second album This Way was recorded in 1998 and contains the singles I'll Say Goodbye, Love Me In Slow Motion and Forgive- Won't Forget. Now, Trijntje Oosterhuis has a succesful solo career, but the band has never officially split-up.
Backing vocals Caroline Dest and Berget Lewis now have succesful solo careers as well. Caroline is the leading vocalist of the Dutch dance-band Soulvation and Berget Lewis is the biggest soul-diva of this country.