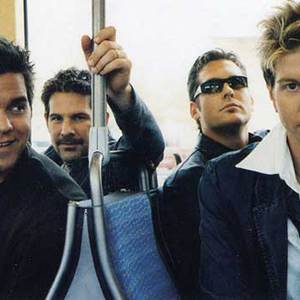 In the beginning before there were classical orchestras, chamber quartets, jazz combos or rock n roll bands, there was only one instrument: the human voice. Today, an a cappella quartet from the Twin Cities region, called Tonic Sol-fa, is determined to take this most traditional of all musical expressions and make it the next big thing. In their ten years together, Tonic Sol-fa has established itself not only as the most in-demand vocal group in the Midwest, but also as one of the most successful independent acts in America.

In addition to substantial CD sales of its own independent releases (1,000,000 copies sold), the group has toured extensively throughout the US and abroad, first building its financial base with a steady list of private, corporate shows that led eventually to numerous tours of theaters and small arenas. Whereas previous a cappella groups have followed the traditional barbershop formula, Tonic Sol-fa has taken the a cappella musical artform to a new pop plateau, building a legion of loyal fans along the way with its solid material, pop arrangements, memorable performances and cutting edge stage presence. Critics and fans alike agree on one thing: Although there are many singing a cappella, NO ONE does it like Tonic Sol-fa.

Just One Of Those Days

On Top Of The World