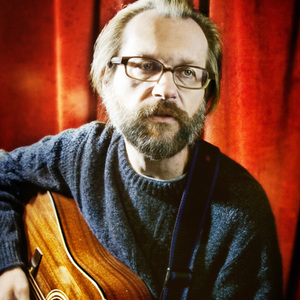 Starting with Kentucky post-punkers Government Cheese in 1985 until their demise in '92, followed by two years in Nashville's seminal bis-quits, then becoming a published author with the cult classic rock and roll memoir "Cheese Chronicles, Womack has since made five solo records, released a recent colloboration with Will Kimbrough as the band Daddy, and become a grand, eccentric Nashville institution.

Having logged 22 straight years of playing bars, writing everything from sweet pop to rip-your-head-off rock and roll, country and blues, and telling outlandish stories, Womack has cultivated a devoted audience who love his brutal honesty, dark sense of humor and the dynamic passion he brings to every performance.

His upcoming release, "There, I Said It!", will be released 2/20/07 on Cedar Creek Music / Thirty Tigers Distribution and Marketing. His new novella, "The Lavendar Boys and Elsie" in the works for publication in 2007 as well.

Tommy plays guitar for Todd Snider and recently appeared with him on Leno and Letterman. Of Tommy, Todd says: "Frankly, I think Tommy's brilliant. He couldn't tell a lie if he tried. Even the stories he makes up are true. And I LOVE!! this new record."

Jason Ringenberg calls him "one of the geniuses of Nashville."

So while the winds of commercial success have never blown his way, Womack, now in his mid-forties, looks forward to more of the same in his life - playing shows, making lifelong fans one at a time, and carrying on his role as one of Nashville's most intelligent, iconoclastic individuals, an artist who can't be put into a box and can't be held back from his ultimate destiny, a place on the mantle alongside Shel Silverstein, Roger Miller, John Prine, Billy Joe Shaver, and every other distinctive, hilarious and utterly uncompromising artist who ever came to Nashville, paid enough dues for ten lesser artists, and wound up revered as one of the greats in a town that doesn't dispense such a title lightly, saving it only for those remarkable souls like Tommy Womack, who can write songs that make you laugh and cry inside of three minutes and stay with you the rest of your life.

There I Said It!