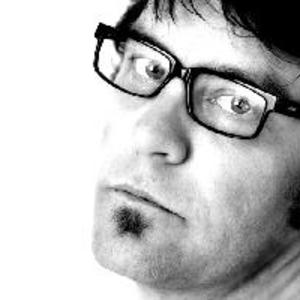 Tomas achieved international success through his role as composer and keyboard player with The Flower Kings. As well as this, he has also worked within film and theatre as a composer, conductor, scriptwriter and actor both in Sweden and abroad. In 1996, Tomas' career took another twist. That year he released his first solo album An ordinary night in my ordinary life. This critically acclaimed project was a combination of keyboard dominated symphonic rock and experimental art rock.

In 1996, Tomas' career took another twist. That year he released his first solo album An ordinary night in my ordinary life. This critically acclaimed project was a combination of keyboard dominated symphonic rock and experimental art rock.

This was followed up by Pinup Guru in 2002, an album that flirted with influences from 70s keyboard orientated artists such as Emerson, Lake and Palmer as well as Electronic World Music.

A year after this in 2003, Sonic Boulevard was released. Drawing inspiration from both world music and progressive rock, this album was completed with the creative input of guitarist Jocke JJ Marsh (Glenn Hughes Band) and singer Anders Jansson. Both artists made a strong impression on the music, Anders using his powerful voice both conventionally and as a vocal instrument while Jocke provided guitar with a strong Jeff Beck influence.

Swedish Family: Vintage Prog was released in 2004 on Tomas' own label Helikon House. The album is a declaration of love for the Swedish Folkprog Rock movement of the 70s. With bands such as Samla Mammas Manna, Fl&auml;sket brinner and Kebenekajse in mind, songs were written in the Swedish folk rock tradition. In addition, Tomas created a fictitious scenario where Swedish Family was promoted as a band that had actually existed during the 70s. An extra interesting twist was added when certain unnamed journalists claimed to have seen the band live during the 70s - it could be said that Swedish Family are the prog movement's Spinal Tap.

In 2005 yet another new chapter in Tomas career was written. For the first time he released an album with both lyrics and music. Earlier productions had been purely instrumental. This project, which is titled I Am, is a concept album 64 minutes long featuring 3 tracks and it can almost be described as a rock opera in the same tradition as Jesus Christ Superstar. Numbered among Tomas influences on I AM are Pink Floyd (The Wall), David Bowie (Ziggy Stardust), Deep Purple (Mark II) and certain elements of Genesis. Once again, Jocke JJ Marsh and Anders Jansson were among the 7-man band.

In 2008, Tomas released Cinematograaf through his own label, Helicon House Studio, which contained three epic tracks.

2009 has seen the release of Tomas' new project, Eggs & Dogs. This is a sequel to 2005's "I AM" and features Tomas Bodin on keyboards, Jocke JJ Marsh on guitar, Michael Stolt (ex-The Flower Kings) on bass guitar and Marcus Lilijequist (ex-The Flower Kings and ex-Circus Brimstone on drums).

An Ordinary Night In My Ordinary Life