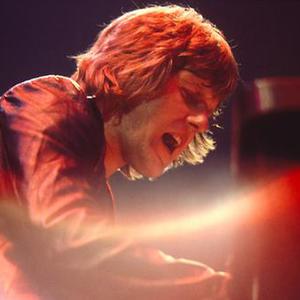 Keith Noel Emerson (born 2 November 1944) is a British keyboard player and composer. Formerly a member of The T-Bones, V.I.P.s and as backing band to P.P. Arnold (which evolved into The Nice), following the Nice's dissolution he went on to start Emerson Lake & Palmer in 1970 - an example of one of the first supergroups, which also featured Greg Lake, formerly of King Crimson and drummer Carl Palmer, who had played in The Crazy World Of Arthur Brown and Atomic Rooster.

Following the first breakup of ELP circa 1979, Emerson went on to modest success with soundtrack work, and performing with other bands, including Emerson, Lake & Powell and subsequent ELP reunions during the early 90's. He reunited The Nice in 2002 to go on tour and currently tours (through 2006) with The Keith Emerson Band.

Hammer It Out - The Anthology