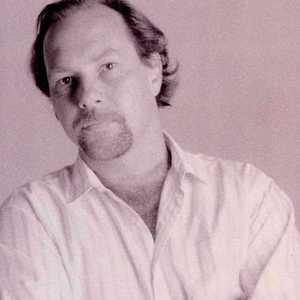 Born in Los Angeles on Sonny Terry's birthday (October 24,) Tom began playing guitar at the age of eleven and took up harmonica two years later. A teenage member of the Yerba Buena Blues Band in the mid-1960's, he played Love-Ins and Sunset Strip nightclubs before leaving the country for most of the '70s. In 1978 he came back to the U.S. and teamed up with guitarist Kenny Sultan - a partnership that still flourishes today and has resulted in eight duo CDs (most with Flying Fish/Rounder,) and literally thousands of concerts and festivals all over the world.

The Tom Ball & Kenny Sultan duo has appeared on television internationally, played for audiences of 300 million via Voice Of America, were featured on the Levi's 501 Blues commercials and are frequent guests of National Public Radio. Their music from the film Over The Edge won them the prestigious Telly Award in 1994, and they were the only musical act in America to play all four venues of the 1984 Olympic Games.

Tom's most recent studio projects include playing with Jimmy Buffett's Coral Reefer Band on the soundtrack to the film "Hoot," and with Kenny Loggins on his latest two CDs, "All Join In" and "How About Now." Recently he added a harp part to the upcoming Paul McCartney Breast Cancer fundraiser CD. It's not hard to see why Tom has been on the cover of both American Harmonica Newsmagazine and Harmonica World, why Blues Revue called his playing "stupendous," and why Sound Choice magazine wrote, "The best acoustic blues act going, bar none!" Meanwhile he has carved out a secondary career as a solo guitarist and "kills time" writing both music books and fiction. His most recent release is "Nagasaki Sails From Uranus," a harmonica tour-de-force that features ten overdubbed harps. Think 1930's Max Fleischer cartoon music with 21st century audio.