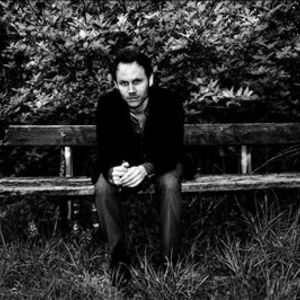 Swedish singer songwriter Tobias Froberg began his recording career in 2004 with the debut album _For Elisabeth wherever she is_. It became highly respected among the critics in Sweden, and was nominated for Album of the Year at the swedish indie grammies. Tobias did two tours together with fellow swede Jos? Gonzalez that same year. But the truth is that Tobias went into the studio just one week after the release of the debut album.

Now, two years later the second one, "Somewhere in the city" is finally ready for launch.

Track 1 on the album, "When the night turns cold" has just been picked up by Panasonic as the music for their new TV/Cinema/Internet Advert and campaign for Lumix Cameras. Panasonic has already spent over ?600,000 on the ad.

"We must have spent over 100 days in the recording studio, making 'Somewhere in the city'", claims Tobias. "There are songs on the album that we worked with for over one and a half years. It?s insane when I think of it, since we?re certainly not after some kind of Toto-perfection. But we are really, really pleased with the result. Our goal was not to make just another singer songerwriter-album, we had other plans. And I believe we got it."

The album is produced, recorded and mixed by Linus Larsson and Tobias (Linus is well known in Scandinavia for producing, mixing or recording bands and artists like Mercury Rev & Nicolai Dunger, Ed Harcourt, Swedish popband The Concretes, Anna Ternheim and many more). On this album, Linus and Tobias plays all the instruments themselves, except from guest appearances from two of their good friends, Teitur and Ane Brun.

Somewhere In The City