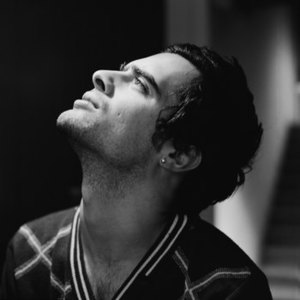 Born in 1978 in Puerto Rico, Gabriel Rios soon chose a path which few from his kin before him did. A blonde angel whispered that he should follow her lead. Young Gabriel kicked his heels and travelled through turbulent clouds, ending up in a city that was not his, but which he embraced. Enter a new-found posse. Being a bunch of young wolves, they started playing music, created a way to communicate their thoughts to the outer world and christened themselves The Nothing Bastards. They toured the country.

After a couple of years Gabriel felt an itch. His Puerto Rican roots urged him to start digging in his own past. This led to a quest with the band L. Santo. Alas! Gabi felt that he could only get to the bottom of things on his own. He decided to devote his time to seeking for the inner spark that made him tick. In his search, he ran into one of Belgian s finest producers, Jo Bogaert, whose -Pump up the Jam- after circling the planet successfully crashed with the souls of Puertorican youngsters. Fate brought Gabriel and Jo together and they created a universe in which Gabriel could freely confront his ever creeping demons and yet treat his ghosts with the utmost respect. Gibbering like two old rapscallions Bogaert and Rios created an album, Ghostboy: an ode to that part of you guys who just, well, you know what I am talking about - on which Gabriel united his old-skool Caribbean roots with his love for hip hop and melody. Gabriel, besides currently being involved in extremely nasty, extracurricular activities, is still busy recording with Jo Bogaert. This time the project will bear the name of another species of neither the here nor the there, beware of the -Angelhead-.