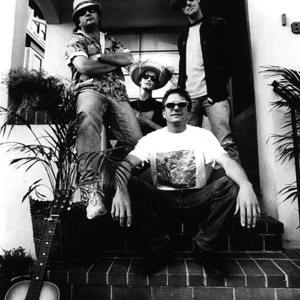 Aqua Velvets are an American surf rock revival band from San Francisco, California, formed in the 1980s by guitarist Miles Corbin. Rather than simply recreate the vintage 1963 surf sound, Corbin set out to add depth and dimension with original songs that included strings, horns, keyboards, and exotic instruments. The result was a cinematic sound more akin to film composers like Ennio Moricone and John Barry.

The band released its 1st cd in 1992 on the indie Riptide/Heyday Records, and was then signed to Atlantic Records in 1995 with the release of the groundbreaking Surfmania cd. The Aqua Velvest are currently with Milan Records which is a soundtrack label with Warner Music. The beautiful Nomad cd and masterpeice Guitar Noir are both on Milan. The band has released 10 cds, and bandleader guitarist Miles Corbin has released several solo projects as well. Their music has been featured in many Film and TV soundtracks. The AVs have toured the West Coast extensively and appeared on the East Coast as well, headlining and sharing bills with artists such as Chris Isaak, Dick Dale, and the legendary Beach Boys. The Aqua Velvets sound is a blend of surf, latin rythms, blues, lounge exotica, and psycedelic jazz.

Live At The Sweetwater