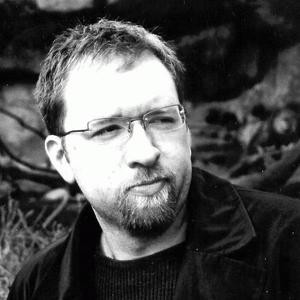 An exponent of Detroit's early 90's techno energy, THEOREM (better known as Dale Lawrence) clearly understands the history at hand behind the words Detroit Techno. Keenly influenced by the talents of Kenny Larkin, Carl Craig and Richie Hawtin, Lawrence animates movement through his machines. Detroit is home for Lawrence: a decayed city, mixing the warm and cold realities of machines and architecture in harmony.

His trek towards techno began from a synth-pop background working with a few bands in the late eighties. Via the airwaves and underground parties in Detroit, his attention to techno grew at the turn of the decade, realizing what grabbed his ears was actually from home.

Through the growth of his own material and the local underground scene, Theorem built a relationship with Richie Hawtin and Plus 8 Records. After demo-communication over almost two years, his debut release, the near-ambient house full length Nano, was released in March 1996 on Plus 8. The album received great response throughout North America and Europe, acquiring positive press coverage and strong radio play from Detroit's eclectic station, WDET FM.