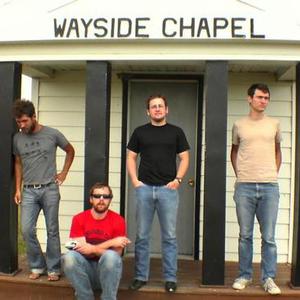 Theodore is a four piece band from St. Louis, Missouri, comprised of Justin Kinkel-Schuster, Jason Torbitzky, JJ Hamonm and Andy Lashier. Justin writes the words and provides the lead vocals, while everyone arranges the music together, and contributes with layered instrumentation and backing vocals. These four gentlemen began their career together in August of 2006 and in that short time have self-released two albums, "Songs for the Weary" (2007) and most recently "Defeated, TN" (2008) a song cycle based upon a small packet of letters the fellows found in an abandoned house in Tennessee.

Now they are poised to record the follow-up to Defeated, TN and take their songs on the road again with the hopes to share their music with anyone willing to lend an ear or two. With comparisons to Bonnie "Prince" Billy, Palace, Giant Sand, and Tom Waits, these gentlemen certainly have some exciting times ahead of them.

It Is But It's Not

Songs for the Weary