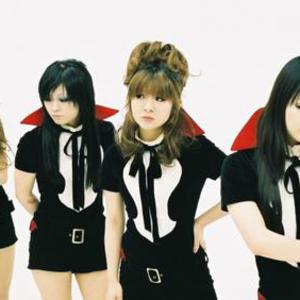 Thee 50's High Teens are the best dressed vampire band in Japan as well as one of the indie scene's biggest draws. They were born and continue to live in the Fukuoka prefecture of Kyushu (southwest Japan). Lead singer Tomo founded the band when she was only 16 years old. Now its ten years later and they're still playing their unique blend of 60's garage/Group Sounds/70s punk rock like four teenage girls.

They are proud ?Fukuoka girls?, but are flown to Tokyo several times a month on the dime of promoters who are desperate to put them on their bills.