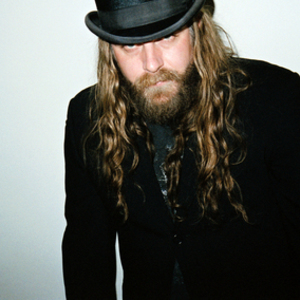 The White Buffalo (born Jake Smith) is quite possibly a legend in the making. A throwback to the time of hard touring, hard drinking artists who really lived what they sang about. Everything about him is big, from his imposing physical size to his amazing vocal range. He's as comfortable playing in a dive bar as he is in front of thousands in a European arena. The White Buffalo released his debut EP, The White Buffalo EP in 2005 to much critical acclaim.

The White Buffalo released his debut EP, The White Buffalo EP in 2005 to much critical acclaim. His later releases, including his debut album Hogtied Revisited (2009), Prepare for Black & Blue EP (2010) and second album Once Upon a Time in the West (2012) reached similar accliam.

The White Buffalo joined the Forest Rangers to record a cover of 'House of the Rising Sun' by The Animals for the season 4 finale of Sons of Anarchy.

On The Widow's Walk

Love and the Death of Damnation

Come Join The Murder (With The Forest Rangers) (CDS)

Once Upon A Time In The West

Oh Darlin, What Have I Done (CDS)