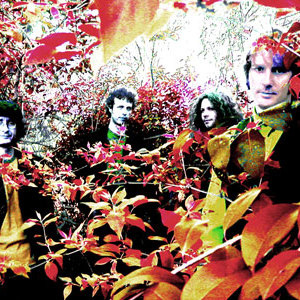 The Sunshine Fix is the side project of Olivia Tremor Control co-leader and writer Bill Doss, who began recording under that name while still in high school, releasing an album on cassette entitled 'A Spiraling World Of Pop'. This album was later released on the Elephant 6 label after Doss met Jeff Mangum and others, and subsequently formed The Olivia Tremor Control with them. After the OTC disbanded in 2000, he went back to recording under the name 'The Sunshine Fix', releasing the albums 'Age Of The Sun' and 'Green Imagination'.

Musically, Doss's style reflects psychedelic and experimental tendancies as well as 60's pop leanings, which were in many ways his contribution to the sound of the Olivia Tremor Control. These influences are apparent in the recorded material produced by The Sunshine Fix.

Age Of The Sun

The Future History Of A Sunshine Fix