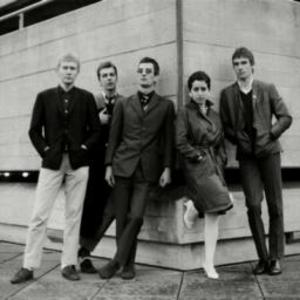 There are 3 bands under the name of The Small Hours. 1. British Mod band from the late 1970s. The Small Hours played London extensively and following their appearance on the Mods Mayday live album, began touring the country. They frequently sold out venues such as the Marquee, The Music Machine, The Venue and Dingwalls. It has been said by many observers of the time that the Hours were the most authentic-sounding of all the mod acts.

1. British Mod band from the late 1970s. The Small Hours played London extensively and following their appearance on the Mods Mayday live album, began touring the country. They frequently sold out venues such as the Marquee, The Music Machine, The Venue and Dingwalls. It has been said by many observers of the time that the Hours were the most authentic-sounding of all the mod acts. They favoured a much tighter Memphis r&b type sound than a lot of their punkier, thrashier contemporaries and the use of a big fat Stax organ live and horns on a few recordings lent a much more soulful sound. They were even invited to play at elitist Northern soul nights-something unheard of for bands at that time whose material would never have satisfied the soul purists. Small Hours did though, including faithful covers of Northern classics such as JJ Jackson's ?It's Alright', Don Covay's ?Mercy Mercy' and the ironic Javells ?Goodbye, Nothing To Say' in their set.

Small Hours built a devoted fan base from mainly east and south London, and their live appearances were packed, roof-raising nights. Their following included the Beermats from Lewisham, the Three Johns, two of whom edited mod fanzines Maximum Speed and Mission Impossible, the Scooter Girls and the Bethnal Green Skins. This was an eclectic bunch, all shuffling their soul shoes to the Small Hours infectious dancehall grooves. In an era which coincided with football hooliganism, rivalry between fans from Millwall, West Ham and Chelsea sometimes erupted in Wild West-style barroom brawls. Occasionally, band members would launch themselves offstage in mid-song, to break up putative fights and defuse ugly moods. As Iain Shedden once said, ?Sometimes I feel that our gigs just provide background music for football fans to kick seven colours of shit out of each other...?

When Small Hours were booked on to a national tour by Dexy's Midnight Runners and then suddenly thrown off, there were rumblings in the music papers as to the real reason. ?That was all bollocks?? said Neil Thompson (Small Hours vocalist), ??about Dexy's refusing to let us wear suits and stuff. Me and Kevin (Rowland, Dexy's founder member) have known each other since we were fifteen. He just thought our following were too mental and he was trying to get away from all that. And of course he knew that we would have blown them off stage every night?.

At the height of their touring success, Small Hours were offered record deals by EMI, Virgin and Phonogram, but turned them all down for reasons that are unclear. The band eventually signed to Automatic, a small boutique label, and released one four track EP featuring: ?Midnight To Six', ?Business In Town', ?The Kid' and ?End Of The Night.' They also recorded a single ?Can't Do Without You,' unreleased until now.

As a unit, Small Hours ended as suddenly as they had begun and have never played or recorded together again. They remain a bit of an enigma and for a band whose recorded output was three tracks on the Mod's Mayday compilation and one EP they have somehow managed to remain entrenched in the memory of mod, soul and sixties music fans. They are even cited as an influence by current Swedish darlings The Hives.

The former Small Hours are now spread across the globe. Carol Isaacs still plays keyboards and has worked with Squeeze, Sinead O'Connor and the Latin Quarter. She now plays with Indigo Girls and divides her time between LA and London where she is also an illustrator. Kym Bradshaw runs a farm in Shropshire. Armand Thompson is a writer who lives in southern Spain. Neil Thompson is a film/ TV director who still resides near the Hope & Anchor in London. Iain Shedden still bangs the skins for acts such as 13 Frightened Girls and recently toured Australia with the re-formed Saints. He is the music critic on The Australian newspaper and lives in Sydney.

2.Some kids from Sydney specialising in thoughtful, melodic indie rock. Fun, interesting music provoking the mind to dance and the body to take in all surroundings. Expect good things.