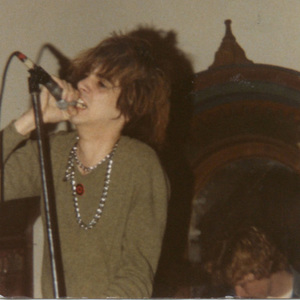 At least four bands have operated as The Sleepers in the past two decades. A late 70's punk group from San Francisco, a South African band formed in 2003, an eclectic music/comedy band from Minneapolis in the 90's and a more recent bar band from Chicago ILL. *The first known act called the Sleepers were a first wave San Francisco punk band that began in 1977 and featured lead singer Ricky Williams who also was briefly in Crime, Flipper and the Toiling Midgets, before he died of a heroin overdose.

*The first known act called the Sleepers were a first wave San Francisco punk band that began in 1977 and featured lead singer Ricky Williams who also was briefly in Crime, Flipper and the Toiling Midgets, before he died of a heroin overdose.

*Another group operating as The Sleepers are a band from Cape Town, South Afirca.. Official Bio follows:

Formed in 2003, The Sleepers have gathered a rabid following with their incendiary live shows. They have cut their teeth playing regularly in and around Cape Town and have graced some of South Africa's most renowned stages. The Sleepers sound is based on the interplay of light and dark. Heavy rhythms and driving guitars are juxtaposed against unconventional melodies and vocal harmonies. The Sleepers are also one of the few bands to have an equally engaging acoustic set.

They joined Headline Artists' management in 2007, who manage and have managed some of Cape Town's top acts like, Taxi Violence, Coal, Three More White Guys, Joshua Grierson, Ian Henderson, Andy Lund and the Mission Men and tonightwedie to name but a few.

Their releases (2005's Still EP and their 2009 debut album, A Signal Path) have been well received. Reviews and interviews have been featured in Levi's Music Magazine, One Small Seed Magazine, The Cape Argus, YourLMG, Independent Newspapers, People Magazine and Blunt Magazine to name but a few. They have also been interviewed on UJFM, TuksFM, UCTFM, Highveld Stereo and KFM.

The last year for The Sleepers has been one of progression and increasing exposure. The band now has three festivals under its belt (Ramfest III - Black Parade Stage, Synergy - Mainstage, Ramfest IV - Mainstage) and were included in a Cape Rocks 2 Showcase for up and coming bands. The band also completed their first national tour in February of 2010, playing Pretoria, Johannesburg and Durban. The band was also asked to play two dates in March 2010 (along with local heroes, Verona Walls) with American nintendo-core band, Horse The Band on their Western Cape and Eastern Cape legs of their South African tour.

They have also recently completed their first music video for A Signal Path's first single, Restriction. Film company, Silver Bullet are in the pre-production stages for a video for the second single, Pandora. The band is also the subject of an episode in a series of small online documentaries called The Def Empire.

YourLMG (a free local music guide operating in the greater Cape Town area and surrounds) ran a Readers' Poll with The Sleepers being voted Band of 2009. A Signal Path was also voted Album of The Year 2009 and the band was also voted into 2nd place as Best Live Act, first place going to Fokofpolisiekar and third going to Taxi Violence.

The Sleepers' first bassist, Carly Phillips, sadly passed away in 2005 due to complications with leukaemia. Her passing was a major blow to the band and is the main factor behind the large amount of time taken between the first and second releases. Regrettably, The Sleepers' second bassist, Jordi Reddy parted ways with the band in November 2009 due to pressures from his looming Bio-medical Engineering Phd. A close friend of the band and very capable bassist and talented musician, Chris Truter has since permanently joined the band in December of 2009.

The Sleepers are currently working with renowned engineer and producer Dirk Hugo on an experimental EP set for release in late 2010. They are also working on demos and pre-production for a self produced second album set for release in 2011.

*Chicago's Sleepers formed in 2003 and pitch themselves as hard to ignore and impossible to forget. The thunderous backbone of John Fields (drums) and Chris Cormier (bass) lays a foundation for Kevin Bannon's driving riffs and pounding rhythms. Tony Manno's nasty licks cut through the rhythms, recalling the days when guitarists were gods, and remind anybody in earshot that gods still walk among us. And above it all, Tom Richied's gritty vocals drive the dirty sound of this band right into the mind of anybody lucky enough to experience it.
If Jerry Lee Lewis had married Appetite For Destruction instead of his cousin, his kids would've been The Sleepers. Whether it is stranger to marry an album than a cousin is debatable, but the fact that The Sleepers play some lowdown, dirty, rock n roll is not. Coming from Chicago with one foot in the blues and the other kicking the ass of bands that forgot what rock music is, they have created a sound that is at once both familiar and unique. Combining the fire of the MC5 and Clash, the swagger of The Faces and Stones, and the atomic energy of The Stooges and AC/DC.
http://myspace.com/thesleepersband

*The Minneapolis incarnation of The Sleepers included actor Trace Beaulieu from the television show Mystery Science Theater 300 and musician Gary Rue. They hold the world record for the most venues played in one day in one city (112). They released an album called Heart Like a Shield in the early 90's that has been a rarity ever since. (Text copied from this interview at Quick Stop Entertainment.)