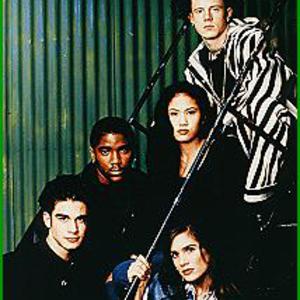 The Party was a pop group consisting of members of the revived Mickey Mouse Club television program in the late '80s. When a writer's strike interrupted a movie they were filming, Chase Hampton and Tiffini Hale were cast as the new generation of Mouseketeers. On the show, Hampton started a music group with fellow cast members, including Albert Fields. Disney, which had started the Hollywood Records label, signed the group, which now consisted of Hampton, Hale, Fields, Damon Pampolina, and Dee Dee Magno, and they took the moniker The Party.

Over the next several years, The Party released four albums; The Party (1990), In the Meantime, in Between Time (1991), Free (1992), and The Party's Over...Thanks for Coming (1994). Their albums were a mix of assembly line songs and pop/rock hits such as "Walkin' in the Rain," "My Generation," and "I Know What Boys Like," given a slick dance treatment for public consumption. However, the venture never really translated into major hit songs or platinum-selling sales.

The group did manage to find the charts with four singles, but only one, a version of Dokken's "In My Dreams," cracked the Top 40 reaching number 34. They were given the compilation treatment with a greatest-hits package released in 1997, but the Party was overshadowed by the future success of other Mouseketeers venturing into the pop music world, including Christina Aguilera and Britney Spears.

In The Meantime, In Between Time