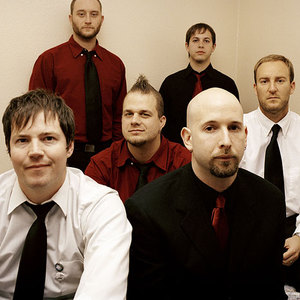 The Orange County Supertones (a.k.a. The O.C. Supertones a.k.a. The Supertones) is a Christian ska band hailing from Orange County, California. The band was formerly signed to BEC Recordings before becoming an independent band for its final tour. Beginning with a more traditional ska sound, the Supertones moved next to a harder rock sound, which eventually changed again with more of a pop-rock influence. By the early 2000's, the Supertones was one of the major bands in CCM. They headlined with The Newsboys and Audio Adrenaline on the first Festival Con Dios.

One thing that made the Supertones stand out in CCM was their embrace of secular music styles, even to the point of having the introductions of some songs by Metallica be put in their own songs. Examples included Metallica's cover of "Am I Evil?" in "Adonai", "Creeping Death" and "One" in their song "Supertones Strike Back", and "Damage, Inc" as the intro to "Fade Away".

Another aspect that made them stick out was their open attention to problems facing the church both culturally and doctrinally. Their songs encourage doctrinal (including Biblical) literacy and holding firmly to one's faith.

The band has gone through a number of lineup changes, and in 2004 it was announced that the Supertones would be breaking up. Their last show was at Biola University in La Mirada, California on October 7, 2005; fellow Christian rockers Bleach (in a reunion show) and John Davis also played.

In 2010 the Supertones reunited and are currently on tour, mostly playing festivals.

Revenge Of The O.C. Supertones

The Supertones Strike Back