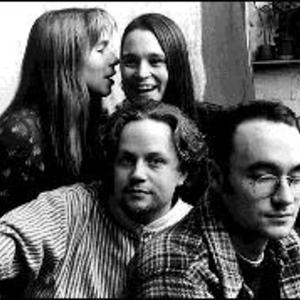 The Nields were a folk-rock band who performed from 1991 to 2001. Although the group has broken up, two of the members, Katryna and Nerissa Nields, continue to tour as a folk duo. The first incarnation of what would later become the Nields came together in 1987 in McLean, Virginia, when Nerissa Nields met David Jones, a theater student, and the two of them started a band with Nerissa's sister Katryna. David changed his last name to Nields after marrying Nerissa.

1994 proved to be a watershed year for the Nields, with the band changing from a three-piece folk group to a five-piece rock band. The new members of the band were Dave Chalfant (bass), who Katryna had met in college, and Dave Hower (drums), a friend of Dave Chalfant's. Dave Chalfant also produced the band's album released that year, Bob on the Ceiling, which was named for a friend of Katryna's. This album featured a mix of the acoustic material that the Nields had previously specialized in and a more rock-oriented sound that would become their trademark. With their new sound, the Nields received critical acclaim, and quit their day jobs to become full-time musicians.
Their 1995 EP Abigail, named for Katryna and Nerissa's sister, would be the last self-released Nields album. In 1996, they released Gotta Get Over Greta on the independent Razor & Tie record label. The album was re-released in 1997 with three bonus tracks on Guardian, a division of Elektra Records. The group felt that with a major-label deal, they were on the brink of superstardom: they had a considerable grassroots following, and a mailing list that had tens of thousands of names and was growing continuously.
Unfortunately, the group suffered a number of setbacks the next year. Guardian folded, leaving them without a record label, and their tour van (nicknamed Moby) was growing increasingly unreliable. While they needed a new van urgently, their financial situation made it impossible for them to afford one. To raise money for the van, they self-released an album called Mousse (the nickname for Dave Chalfant's sister Andromache) and held a special 'Jam for the Van' concert where they debuted that album. As a result of that concert, the Nields were able to purchase a new van, which they nicknamed Nessie. They were also able to secure a new label, Zo?, a division of Rounder Records. All Nields records released since, except one, have been released on that label. Over the next three years, the Nields released two more records (Play and If You Lived Here You'd Be Home Now), and in 1999 Katryna Nields and Dave Chalfant got married, becoming the second married couple in the band after Nerissa and David Nields.
Although the band enjoyed a moderate degree of success, they remained in the red fiscally due to the high expenses they incurred (salaries for the band members, salaries for their manager, maintaining their van, lodging, etc.). Furthermore, the group was getting older, and people wanted to settle down and start families. The limits of what could been done in a 3-minute pop song also rankled some, who wanted to explore deeper themes. The combination of these factors led to the band's breakup in 2001. Their final album, released that same year, was a two-disc album titled Live From Northampton. Like their 1993 album, it was recorded at the Iron Horse Music Hall, and was self-released by the band.

Rock All Day Rock All Night

All Together Singing in the Kitchen