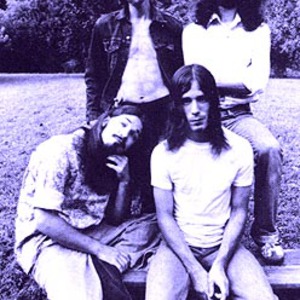 Almost entirely instrumental, the Muffins' music is a unique blend of Canterbury progressive, fusion, improvisation and much more. The group was formed in the Washington, DC area in 1973 by Dave Newhouse (keyboards), Billy Swan (vocals, bass and guitar), Tom Scott (woodwinds) and Michael Zentner (guitar and violin). Stuart Abramowitz played drums from August 1975 until July 1976. This group recorded the home and studio demo recordings heard on the Chronometers CD.

Zentner and Abramowitz left in July 1976. Drummer Paul Sears joined the next month, setting the stage for the group's most popular period. The group released Manna/Mirage in 1978, and soon after released a limited-edition, live LP called Air Fiction. The band also worked with Fred Frith on his solo LP, Gravity. Frith produced the band's next LP, <185>, in late 1980. The Muffins disbanded six months later in 1981. In the early '90s, the band played at a private party, resulting in "Hobart Got Burned" on the Unsettled Scores compilation (Cuneiform,1995), and it wasn't until July 16, 1998, that group came together again -- this time for a reunion show in Washington, D.C. This reunion lasted, leading to a number of concerts by the Muffins over the next several years. Tom Scott, Paul Sears, Billy Swan and Dave Newhouse also hit the studios in 2001, resulting in first Loveletter #1 (2001) and then Bandwidth (2002). The band has continued to record and play shows and festivals. Double Negative, featuring a wide array of guests (inculding members of Sun Ra's Arkestra), was released in 2004.