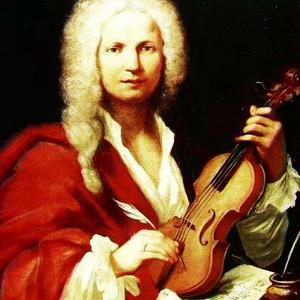 Antonio Lucio Vivaldi (1678-1741) was a Venetian composer in the baroque era. Vivaldi was born on 4th March 1678 in the Republic of Venice, today part of Italy; his father was Giovanni Battista, a baker before becoming a professional violinist, who taught his son to play violin. They subsequently toured Venice playing violin together. Vivaldi suffered from what was called "chest tightening" which might have been asthma; this did not, however, prevent him from learning to play the violin, composing and taking part in the prescribed musical activities.

Vivaldi was born on 4th March 1678 in the Republic of Venice, today part of Italy; his father was Giovanni Battista, a baker before becoming a professional violinist, who taught his son to play violin. They subsequently toured Venice playing violin together. Vivaldi suffered from what was called "chest tightening" which might have been asthma; this did not, however, prevent him from learning to play the violin, composing and taking part in the prescribed musical activities. At the age of fifteen he began studying priesthood,for this was a vow made by his mother. In 1703, at the age of twenty-five, he was ordained, and was soon nicknamed "Il Prete Rosso" (The Red Priest), probably because of his red hair.

Not long afterwards, in 1704, he was given a dispensation from celebrating the Mass because of his ill health. In late 1706 he withdrew from the priesthood and became maestro di violino at an orphanage for girls called the Ospedale della Piet? in Venice. But rumor has it that once he left during Mass, feeling the urge to compose and was given the permission to be released by the cardinal of the Church upon his request to teach music.

Shortly after his appointment, the orphans began to gain appreciation and esteem abroad, too; Vivaldi wrote for them many concertos and cantatas, sacred music and any other works the orphanage might need. In 1705, the first collection of his works was published, followed by many others. At the orphanage he covered several different duties, only interrupting them for his many travels. In 1709, he lost his position for economic reasons but in 1711 he was offered the job again, and in 1713 became responsible for the musical activity of the institute.

Vivaldi was promoted to maestro de' concerti in 1716. It was during these years that Vivaldi wrote much of his music, including many operas and concertos. In 1718, Vivaldi began to travel. Despite his frequent travels, the Piet? paid him to write two concertos a month for the orchestra and to rehearse with them at least four times when in Venice. The Piet?'s records show that he was paid for 140 concertos between 1723 and 1729.

Most of his repertoire was rediscovered only in the first half of the twentieth century in Turin and Genoa, and was published in the second half. Vivaldi's music is innovative, breaking a consolidated tradition in schemes; he gave brightness to the formal and the rhythmic structure of the concerto, repeatedly looking for harmonic contrasts and invented innovative melodies and themes. Moreover, Vivaldi was able to compose non-academic music, particularly meant to be appreciated by the wide public and not only by an intellectual minority. The joyful appearance of his music reveals in this regard a transmissible joy of composing. These are among the causes of the vast popularity of his music. This popularity soon made him famous also in countries like France which was, at the time, very independent in its musical taste.

Vivaldi is considered to have been one of the composers who brought Baroque music to evolve into a new Galante style which paved the way to Classicism. Johann Sebastian Bach was deeply influenced by Vivaldi's concertos and arias, and transcribed a number of Vivaldi's concertos for solo keyboard, along with a number for orchestra. However, not all musicians have shown the same enthusiasm: Igor Stravinsky provocatively said that Vivaldi had not written hundreds of concertos but one concerto hundreds of times. Despite his priestly status, he is supposed to have had possible love affairs, one of which was with the singer Anna Giraud; with Anna, he was suspected of reusing materials from old Venetian operas, which he only slightly adapted to the vocal capabilities of his proteg?e. This business caused him some troubles with other musicians, such as Benedetto Marcello, who wrote a pamphlet against him. There is no concrete evidence, however, that links Vivaldi romantically to anyone.

Vivaldi's life, like those of many composers of the time, ended in poverty. His compositions no longer held the high esteem they once did in Venice; changing musical tastes quickly made them outmoded, and Vivaldi, in response, chose to sell off sizeable numbers of his manuscripts at paltry prices to finance a migration to Vienna. Reasons for Vivaldi's departure from Venice are unclear, but it seems likely that he wished to meet Charles VI who adored his compositions (Vivaldi dedicated La Cetra to Charles in 1727), and take up the position of royal composer in the emperor's Imperial Court. However, shortly after Vivaldi's arrival at Vienna, Charles died after eating several poisonous mushrooms. This tragic stroke of bad luck left the composer without royal protection and a source of income. Vivaldi had to sell off more manuscripts to make ends meet and eventually died not long after, in 1741. He was given an unmarked pauper's grave (the assumption that the young Joseph Haydn sang in the choir at Vivaldi's burial was based on the mistranscription of a primary source and has been proved wrong). Equally unfortunate, his music was to fall into obscurity and Vivaldi was forgotten until the twentieth century. His burial spot is next to the Karlskirche in Vienna, at the site of the Technical Institute. The house he lived in while in Vienna was torn down. In its place now stands the Hotel Sacher. Memorial plaques have been placed at both locations, as well as a Vivaldi "star" in the Viennese Musikmeile and a monument at the Rooseveltsplatz.

With the return of Vivaldi to popularity in the 20th century came an assumption of a rather placid and bland interpretation to his music which appeared to pigeon-hole him as a composer of the second order. More recently some of his works have very successfully been given a fiery and passionate interpretation which appears to more accurately reflect the composer's state of mind.