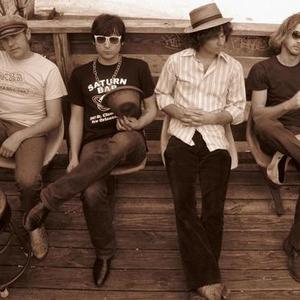 The Hiss is a 5-piece band from Atlanta, Georgia. Adrian and Todd set their sights on Georgia after a lackluster music career in their homestate of Florida. They soon met up with Ian, Milton and Johnny and formed the Hiss. Since then, their self produced single "Triumph" entered the UK top 20. They have toured the US and Europe with bands like Jet, Oasis and The White Stripes. Their sound is comparable to The Stooges, The Velvet Underground and the Rolling Stones. They have released 1 full-length studio album and one of their songs featured in Tony Hawk's Underground 2.

Some enhanced copies of the album have two music videos on them. They are heavily influenced by Surrealism and because of this, might be considered Art Rock. They have released a new LP Chocolate Hearts, all songs written in Atlanta, Georgia after their studio in Florida's Key West area was evacuated because of hurricanes.