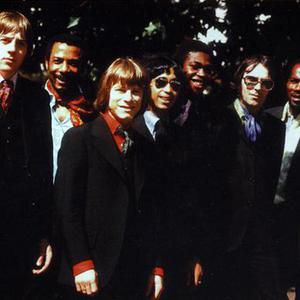 The Foundations were a British soul band, active from 1967 to 1970. The group, made up of both West Indians and Caucasians, is best-remembered for their two biggest hits, Baby, Now That I've Found You (a No. 1 hit in the UK singles chart, and subsequently Top 10 in the US); and Build Me Up Buttercup (a chart topper in the Billboard Hot 100), co-written by Michael d'Abo, vocalist with Manfred Mann.

They are also notable for being one of the few acts not on the Tamla Motown label to use successfully what became known as the Motown Sound. In terms of line-up and musical style, they anticipated the sound of the more successful Hot Chocolate.

Original vocalist Clem Curtis left in 1968 and moved to the U.S. for a solo career on the club circuit, encouraged by the likes of Wilson Pickett and Sam & Dave, playing Las Vegas with The Righteous Brothers. He was replaced by Colin Young.

The group's final hit was the less pop-oriented, more sophisticated Born to Live and Born to Die. They split in 1970, when the rhythm section broke away to form the progressive group Pluto. When Curtis returned to the UK he formed a new version of the group with little success on record, but a lucrative spell on the 1960s nostalgia circuit.

I Remember... the Foundations

The Very Best Of The Foundations