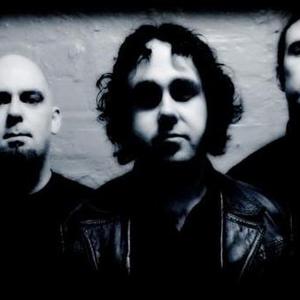 From the clubs of Melbourne, to the Filmore Irving Plaza in New York City, 2009 has seen The Eternal build a momentum unrivaled by any other Australian independent band in the heavy rock scene. Taking ?Kartika' on the road across Australia, Portugal, Spain, Holland, Belgium, Germany, Finland, Hungary and for the first time Japan, Canada, USA and Mexico saw The Eternal secure major shows across the world.

If breaking in to the much sought after Japanese market wasn't enough, The Eternal relished playing on the bill of the Firebox Metal Festival in Finland with major players such as Katatonia and Swallow the Sun. Continuing the surge, The Eternal supported Tarja (ex-Nightwish) on the North American leg of ?The Storm Returns' tour, and rounded off the ?Kartika' World Tour by supporting long time influence Anathema in Mexico City. On their return home the band played to an enthusiastic home crowd supporting Finnish Rockers The 69 Eyes. The Eternal can now boast being one of the only Australian bands to have successfully achieved a 32 date cross continental tour without the support of a major label.

Forming in Melbourne in 2003, The Eternal signed a two-album deal with Firebox Records of Finland on the strength of their self-titled promotional EP. Their debut album for Firebox ?The Sombre Light of Isolation' was released worldwide in June 2004 and received glowing reviews in both mainstream and underground media around the globe. The band was named in Kerrang! magazine's '50 Bands You Need To Know Right Now'. In support of this album, The Eternal toured Australia, Hong Kong, continental Europe, UK and Finland in late 2004, and upon return immediately set about writing material for their second album ?Sleep of Reason'.

Recorded early in 2005, ?Sleep of Reason' extended The Eternal's sound from their debut work. It was produced and recorded by Endel Rivers at Palm Studios in Melbourne, and mastered by Mika Jussila (Amorphis, Nightwish) at Finnvox Studios in Helsinki. The album's sleeve-art was created by Travis Smith (Opeth, Katatonia, Anathema) based on the etching 'El sue?o de la razon produce monstruos' by Francisco de Goya.

After touring Australia extensively for the release of ?Sleep of Reason' and playing to well over 15,000 people in their home country on various tours including national supports for Finnish rockers HIM and Swedish death/prog masters Opeth, the band set off for their second tour of Europe in May 2007. The tour saw the band return to Portugal, Germany, Hungary, Belgium and the Netherlands. On their return home, the band went about completing and compiling three years worth of demo material for what would soon become ?Kartika'.

Released in late 2008, ?Kartika' was the band's most diverse and ambitious album to date. With lush vocal harmonies and carefully detailed arrangements, ?Kartika' took the listener through varied soundscapes, from the emotive ?Brighter Day' and ?Walk Beside You' to the eastern influenced epic ?Blood'. Catchy, melodic, dark and beautiful, The Eternal did not sit safely behind the sound created on their previous albums, and in turn, pushed forward and broke new ground. 'Kartika' was recorded at several studios in Australia including Mixmasters Studios, Adelaide and Palm Studios in Melbourne. It was mixed in Tallinn, Estonia by Endel Rivers at Palm Studios II and mastered at the renowned Crystal Mastering, Melbourne, Australia by John Ruberto.

With self management as a means of ultimate control, The Eternal worked wholly independently and tirelessly to build its international network and establish industry acclaim. Returning from the ?Kartika' tour with their strongest line-up yet (Mark Kelson, David Langlands & Marty O'Shea), The Eternal have taken stock and reflected on their achievements and musical goals. It is this achievement and independent success, born out of teamwork, networking, and an unrelenting drive and dedication to their music, that propels the band forward toward beginning work on their latest album.

The Eternal have just completed their fourth album ?Under A New Sun' which was recorded between Dec '09 & Feb ?10. Conceptually, the new album picks up where 'Kartika' left off with eastern influences, lashings of classic rock and their emotive lyrical approach. The band see their new album as their clearest vision yet, achieving a sound that has come far from their conception in 2003. This album sees the band also experiment with new styles, combined with the colour, tone, textures and intricacies that have become the sound that defines The Eternal.

In order to help them achieve their vision, The Eternal enlisted multi-instrumentalist, multi-platinum selling artist Jeff Martin (The Armada / The Tea Party) to produce the album. As a record producer, Martin has produced The Tea Party since their formation in 1990 and produced albums for other artists including Hundred Mile House, The Jay Murphy Band, Tenth Planet, along with assisting in the production of Roy Harper's ?The Green Man'. Martin brings 20 years of experience to the table, and The Eternal feel honored to of had the chance to work with one of their major influences.

Co-engineering the album is Paul Pilsneniks, who has worked with such artists as The Living End, The Mars Volta, Silverchair, Grinspoon and Alanis Morissette. The Eternal have also called on acclaimed Finnish keyboard player Maria Ilmoniemi (Tarja / Husky Rescue) to contribute.

With a very productive seven years as a band, three international tours, and three internationally acclaimed albums under their belt, 2010 is set to be a special year for the band with album number four proving to listeners and critics alike that The Eternal are a permanent, powerhouse fixture in the heavy rock scene.

Waiting For The Endless Dawn

Under A New Sun

I Don't Want To Be President

The Sombre Light Of Isolation