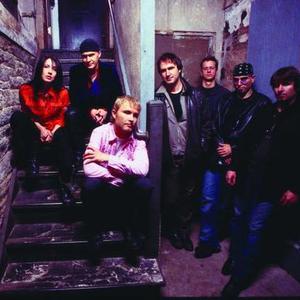 You've heard opera, and you've heard rock?but you've never heard opera rocked like the East Village Opera Company. The East Village Opera Company ?a powerhouse five-piece band, a string quartet, and two outstanding vocalists?brings the towering emotion and timeless musicality of opera into the 21st century on its Decca/Universal Classics debut with its inventive, hard-hitting arrangements of the music's ?greatest hits??including ?La donna ? mobile? from Rigoletto, ?Habanera? from Carmen, and ?Nessun dorma? from Turandot ? performed at full length and in the original languages.

The concept of the East Village Opera Company is totally fresh, but not unprecedented in pop. In 1985, for example, former punk-rock impresario Malcolm McLaren released Fans, an album of ?hip-hopera? that brought funky beats and electronic programming to the works of Puccini and Bizet. But EVOC is a whole new thing: an integrated, eleven-strong working band dedicated to rocking the opera and electrifying the classics, as the ensemble has been doing to spectacular effect ever since its New York stage debut in the spring of 2004.