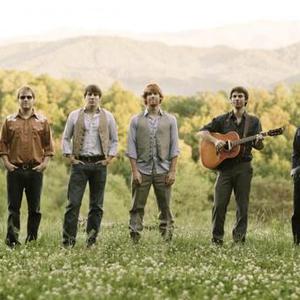 The swell of grassroots momentum for The Dirty Guv'nahs has generated considerable buzz up and down the east coast recently. Their live shows are selling out venues and theatres from New York City to Florida, where fans pack in to experience a full-bore musical energy characteristic of The Avett Brothers, early Black Crowes, and The Rolling Stones. The group's unlikely genesis took place in their beloved hometown of Knoxville, Tenn.

where the community has subsequently elected 'The Guvs' as the 'Best Band In Knoxville' for 4 years running. The Guvs' sound, which has been described as 'a passionate, jubilant slice of rock meets Americana,' is accomplished through a sturdy foundation of gritty guitar tones and tight rhythms, accented with smooth harmonies, crunchy Hammond organ, bluesy piano and vigorous lead guitar solos. The soulful melodies and catchy choruses come courtesy of the band's front man, James Trimble, who has drawn comparisons to Jagger, Morrison, and Springsteen in terms of both voice and energy. The finished delivery is a 'must see live act' that was accurately described by a recent review in Nashville's Music Connection Magazine -- 'The Dirty Guv'nahs possess a vintage zest that's simple enough to attract a variety of listeners, yet a sound mature enough to capture a grizzled industry veteran. This band doesn't just play music; they capture the human spirit through song.'

Rock & Roll For The People

Somewhere Beneath These Southern Skies

Youth Is In Our Blood