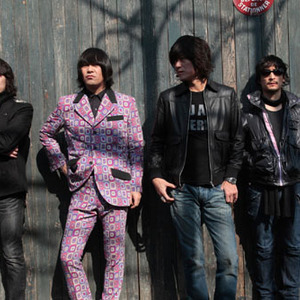 1) A Canadian psychedelic rock band active in the sixties. Originally formed in 1964 as the Classics (adopting the name CFUN Classics when they gigged to promote local Vancouver, BC radio station CFUN-AM), the group were featured as the house band on Let's Go, a weekly TV show. In 1965, they released two singles as the Canadian Classics ? "Til I Met You" and "I Don't Know". The band reinvented themselves as the Collectors in 1966.

With former horn player Howie Vickers handling lead vocals, they cut "Eyes" and "Don't Feel Bad" ? both of which later appeared on the History of Vancouver Rock and Roll, Volume 4 "Eyes" ? a fine folk tune seasoned with tasty guitar and just a dash of psychedelia ? is easily the better track. "Don't Feel Bad" has a vague "On Broadway" feel. More elaborately produced, it also seems a less genuine effort. By 1967, in addition to lead singer Howie Vickers, the Collectors included Claire Lawrence (tenor sax, organ, recorder, flute), Bill Henderson (lead guitar), Glenn Miller (bass) and Ross Turney (drums) ? the band's "classic" line-up. Recordings from this period include the Vancouver smash hit "Lookin' at a Baby" (New Syndrome 16, 1967, subsequently reissued on the History of Vancouver Rock, Volume 3 1983 and two other 45s, "Fisherwoman" and "Fat Bird." "Lookin' at a Baby" is MOR flute-pop floating amidst heady clouds of psychedelia. Vickers' departure from the Collectors in 1969 necessitated Henderson's promotion to lead vocalist. Eventually, the band rechristened themselves Chilliwack.


3) Tom Kennedy and Benet Walsh met as kids and after following their own creative pursuits (including collaborations with Plaid and releasing music with Pork Recordings) came together at the turn of the century to form The Collectors:

Based in rural Shropshire, a scenic UK county dotted with medieval towns, early industrial legacy, and oddly the birthplace of both the modern Olympics and the theory of evolution. ?Think of old cogs, sample jars, bee beards and weird Edwardian confectionary, the smell of 60s paperback crime novels, 100ft trebuchets throwing dead pianos across a field or Lawrence of Arabia on a surf board and we're still no closer to describing these mavericks..?says a local farmer.

The music? Has been defined by some as ?organic-electronic' but, despite a healthy addiction to stringed instruments and analogue synths, The Collectors aren't interested in limiting their sound. ?The main aim is to make the music as beautiful and unique as we can,? says Tom ?and with our own musical interests ranging from the maddest electronic and dub to the more formulaic Renaissance style, the project represents a kind of evolution?. Their debut album ?also came after a period of struggle and competition? says Benet ?but by the time the record was done, we felt we'd improved a lot as a result, which is why we called it Galapagos?.

The first taste of The Collectors will be the Maya II E.P. (which contains a remix by Plaid). This is to be followed by the debut album Galapagos.