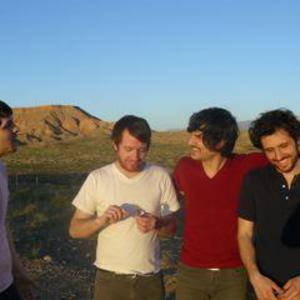 The Coast released their much-anticipated debut full-length, Expatriate, on Aporia in April 2007 in Canada and AUGUST 19, 2007 in the United States. Recorded in winter 2007 in Toronto with producer Chris Stringer (We're Marching On, Ohbijou), the album is a departure from the layered epics of their first EP, harnessing the off-the-floor energy of their live show and letting their signature hooky guitar melodies stand on their own.

The band was touted as one of the acts to watch in 2008 by Canada's national music monthly Exclaim and Toronto's Eye Weekly, thanks to the buzz that continued to grow as the band toured extensively across North America last year, playing alongside such acts as Tokyo Police Club, The Dears, Sam Roberts, The French Kicks, and a coveted CMJ showcase with Foals, A Place to Bury Strangers, and Le Loup.

?There was far more integration between writing and arranging this time around,? Spurr adds. ?We stopped being so precious about the songwriting and let everyone bring their own strengths to each song.?

?When you've been in a band with friends you've been with since you were a kid, it can become a difficult thing, separating your creative relationship from your relationship as friends,? Melchoirre says. ?I think that the writing and recording of this record required us all to be far more honest with each other about what we expected from one another musically and how we wanted to sound. Ultimately, to me, if there is a central theme of the record, it has to be one of feeling disappointed with yourself and others and dealing with the ramifications of that.?