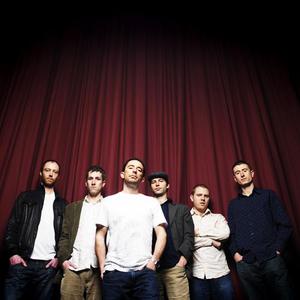 In both live and studio context, the Cinematic Orchestra employ a live band which improvises along with a turntablist and electronic elements such as samples provided by Swinscoe. In their studio releases Swinscoe will often remix the live source material to produce a finished product that is seamless combination of live jazz improvisation with electronics, such that it is difficult to tell where the improvisation ends and the production begins. It is worth mentioning that in the sound of the Cinematic Orchestra the role of traditional solo instruments, such as piano or wind instruments, is not the same as in traditional jazz; instead of performing intricate solos they provide a mature accompaniment environment and quite often there is more space for the drums and the double bass to have a lead role.

The Cinematic Orchestra have been noted for their new score to the classic 1929 Dziga Vertov's Ukrainian film "Man with a Movie Camera". They worked on two other scores. They recorded some tracks for "Ils se mari?rent et eurent beaucoup d'enfants" (2004) and made the music for the Disney Nature movie "The Crimson Wing" (2009).

They have started their own record label: Motion Audio Records. One record has been released by Lou Rhodes. More release will follow, including Grey Reverend.

Ma Fleur (Live At The Barbican)

Man with a Movie Camera