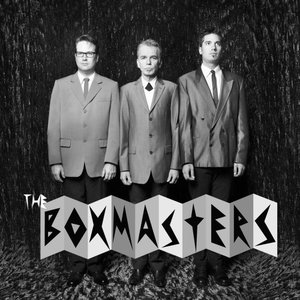 In April 2009, the band was scheduled to tour across Canada, opening for country music veterans Willie Nelson and Ray Price. On April 8, the band appeared on the national CBC Radio One program Q, hosted by Jian Ghomeshi. During the first half of the interview, Thornton sounded nervous and confused, giving erratic answers, such as "I don't know" when asked how long the band had been together. When asked about his musical tastes and influences as a child, he gave his longest answer, but it was about his favorite "Famous Monsters of Filmland" magazine.

He also stated that he had "instructed" the show's producers to not ask any questions about his career as a screenwriter and actor.

Ghomeshi, in introducing the band, mentioned the acting credentials of Thornton, but never based his questions to Thornton about his show business career. Thornton, who was visibly upset, then complained about Canadians in general to a national radio audience since they didn't get up and move or throw things at the stage, referring to Canadians to being like 'mashed potatoes without the gravy.' This caused an outpouring of criticism from across Canada and around the world for the star's behavior.

The following night, the band opened for Willie Nelson at Toronto's prestigious Massey Hall. A series of boos and catcalls erupted mid-set, with people in the audience yelling "here comes the gravy!" when Thornton unsuccessfully tried to explain he liked Canadians but not the popular CBC radio host. Local reviews of Thornton's Toronto performance have not been positive. The Toronto Star called Thornton's voice a "high, tinny whine" and Globe and Mail commented that "Nelson could teach Billy Bob Thornton more than a few things". On April 10, The Boxmasters dropped out of the tour early, announcing that they would not be playing with Nelson during subsequent concerts scheduled in London, Ontario and Montreal. Thornton said that band members had come down with the "the flu". Willie Nelson's publicist had no comment.

The Boxmasters were formed long ago when W.R. ?Bud' Thornton went in to a fast food chicken restaurant in Bellflower, California and got in an argument with the young man working the counter over a coleslaw incident. That young man was J.D. ?J.D.? Andrew. The incident turned out to be a misunderstanding and the two had a laugh about it and they became fast friends. They started hanging out together and eventually discovered that they had both come to California in search of the big time in the world of ELECTRIC HILLBILLY Music, W.R. ?Bud' from Hot Springs, Arkansas and J.D. from Gypsum, Kansas. They also shared a love of 60's pop and rock music and the 60's in general. They decided to combine those things and form a band. But, they needed at least one more member.

J.D. knew a talented, lead guitar player named Micheal Wayne Butler from Brattleboro, Vermont. They formed ?The Boxmasters' and rehearsed for months in J.D.'s apartment or ?Flat' as the British Invasion groups called it. They played small club dates around Bellflower, Long Beach, Hawthorne, Downey, Southgate and even as far as the Inland Empire as well as a couple of shows in Tecate, Mexico. And so the Boxmasters were born. What happened between now and then is somewhat hazy, but all you need to know is they finally landed a great record deal with Vanguard Records. W.R. ?Bud' Thornton handles the lead and background vocals and drums and tambourine. J.D. plays electric and acoustic guitar and bass and sings background vocals with Micheal Wayne on electric guitar and lap steel.

They had one problem, which was, when playing live they needed more people to make all the racket they had made on the record. So, they started recruiting. W.R. had played in bands for years, so he snagged some of the old gang. He got Bradley ?Brad' Davis of Fort worth, Texas for mandolin, guitar, and background vocals. He and Brad had done solo projects together along with Teddy ?ZigZag' Andreadis who handles harmonica, organ and accordion (he's Greek) and Mike ?Bubba' Bruce who plays drums live so W.R. can sing out front with the public. Bubba is an old friend from Alabama who is actually responsible for the name Boxmasters. More on that later. After the band was good and tight they still knew one thing was missing. Even though this was to be A 60's band, it was still Hillbilly music. They had to have a steel guitar player. They asked around and after W.R.'s conversation with his old buddy Stephen Bruton they were lucky enough to get a guy from Baltimore named Marty ?Riff' Rifkin who plays steel guitar like nobody's business.

Then the original Boxmasters, W.R. ?Bud' Thornton, J.D. ?J.D.' Andrew and Micheal Wayne Butler could make their records and play whatever they wanted and have enough band fellas to play it all live. Teddy, Riff and Brad have all made contributions on the record as well. Bubba has his own combo in Atlanta that he keeps busy with when not touring with the Boxmasters. The boys include among their main influences, Michael Nesmith, The Nitty Gritty Dirt Band, the great bands of the British Invasion, The Monkees, The Wilburn Brothers, and Dell Reeves.

And now Ladies and Gentlemen, from Bellflower, California, Vanguard Recording artists, The Boxmasters.

Somewhere Down The Road CD2

Somewhere Down The Road CD1