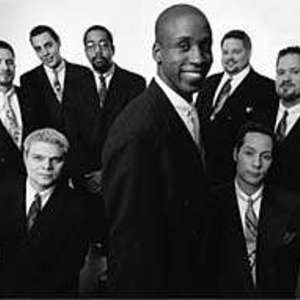 The Atomic Fireballs is a Detroit band led by vocalist/songwriter John Bunkley. The group was formed during 1996 and is composed of Bunkley on vocals, James Bostek on trumpet, Tony Buccilli on trombone, Duke Kingins on guitar, Shawn Scaggs on double bass, Eric Schabo on tenor sax, Geoff Kinde on Drums and Randy Sly on piano. The Band was signed to Lava Records by A&R Executives Rick Goetz and Jason Flom From September 1999 until the band's demise, Scaggs was replaced by Se?n E. Harris on double bass and Bostek was replaced by Kenneth Ferry, Jr, on trumpet.

The Atomic Fireballs have released two albums, Birth of the Swerve, which was released independently in 1998,Produced by dB at Tanglewood Studio in Brookfield IL, and Torch This Place, which was released on Atlantic Records in 1999. Though they are jump blues inspired, some listeners have placed them under the Swing Revival label. The band's biggest hit, "Man with the Hex", was included on the American Pie Soundtrack, the Scooby Doo Soundtrack, The Haunted Mansion Soundtrack and was used in several TV shows, most notably Dawson's Creek. Visuals of the band performing "Swing Sweet Pussycat" are shown in the closing credits of the 1999 film Three to Tango. Bunkley was the former frontman for Ska band Gangster Fun.

Birth Of The Swerve