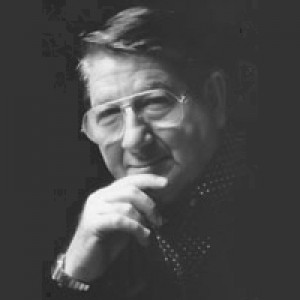 Teo Macero (October 30, 1925 ? February 19, 2008), born Attilio Joseph Macero, was an American jazz saxophonist, composer, and record producer. He was a producer at Columbia Records for twenty years, and most notably produced the Miles Davis album, Kind of Blue, which at #12, is the highest-ranked jazz album on Rolling Stone's 500 Greatest Albums of All Time, and according to the RIAA, is the best-selling jazz album of all time.

Macero also produced Davis' Bitches Brew, and Dave Brubeck's Time Out, which, along with Kind of Blue, are three of the best-known and most influential jazz albums of all time.
Contents

Teo Macero was born and raised in Glens Falls, New York. After serving in the United States Navy, he moved to New York City in 1948 to attend the Juilliard School of Music. He studied composition, and graduated from Juilliard in 1953 with Bachelor's and Master's degrees.

In 1953, Macero co-founded Charles Mingus' Jazz Composers Workshop, and became a major contributor to the New York City avant-garde jazz scene. As a composer, Macero wrote in an atonal style, as well as in third Stream, a synthesis of jazz and classical music. He performed live, and recorded several albums with Mingus and the other Workshop members over the next three years, including Jazzical Moods (in 1954) and Jazz Composers Workshop (in 1955).

During this time, Macero also recorded Explorations (DLP-6). While he had contributed compositions to other albums, this was the first full album of his own compositions, and Macero's first album as a leader. Macero plays tenor and alto saxophones on the album, and is joined by Orlando DiGirolamo on accordion, both Mingus and Lou Labella on basses, and Ed Shaughnessy on drums. Explorations was originally released in 1954 on Mingus' Debut Records, and was reissued on CD in 2006 on Fresh Sounds Records, with additional tracks.

The 1958 short experimental film Bridges-Go-Round by filmmaker Shirley Clarke featured two alternative soundtracks, one by Louis and Bebe Barron and one by Macer

Macero found greater fame as a producer for Columbia Records. He joined Columbia in 1957, and produced hundreds of records while at the label. Macero worked with dozens of artists at Columbia including Mingus, Duke Ellington, Ella Fitzgerald, Thelonious Monk, Johnny Mathis, Count Basie, Dave Brubeck, Tony Bennett, Charlie Byrd, and Stan Getz. He was also responsible for signing Mingus, Monk, and Byrd to Columbia. Additionally, Macero produced over 100 albums of classical orchestral music for Columbia, including less conventional, contemporary pieces such as And God Created Great Whales by Alan Hovhaness, which required him to overlay recordings of humpbacked whale songs over the orchestral track. He also had an all girl Band called the What Four with Mrs Huntington Hartford in it. They had a hit song called "I'm going to destroy that boy".

Macero produced the seminal Dave Brubeck Quartet album Time Out, and Thelonious Monk's first Columbia recording, Monk's Dream, as well as Underground. He also produced Mingus' first Columbia album, Mingus Ah Um. Beyond jazz, he produced a number of Broadway original cast recordings including A Chorus Line and Bye Bye Birdie. And he produced the soundtrack to The Graduate, by Simon and Garfunkel.

While Macero produced many artists' albums, he had an especially long and prolific relationship with Miles Davis. He produced most of Davis' Columbia catalog, including the classics Kind of Blue, Porgy and Bess, Sketches of Spain, and Someday My Prince Will Come. Macero's role as producer on Kind of Blue has sometimes been disputed, as some of the early Kind of Blue sessions were overseen by Irving Townsend. But numerous sources, including the original liner notes, support Macero's involvement in the sessions, and preparation of the final album, and credit him as producer.] The role of the producer was further expanded on Davis' later forays into electric fusion, such as In a Silent Way, Bitches Brew, and A Tribute to Jack Johnson, which were highlighted by Macero's innovative mixing and editing techniques. In 2001, Miles Davis biographer Paul Tingen likened Macero's role in the electric music of Davis to that of George Martin with The Beatles.

Taking his cue from Tingen, Nick Southall described the impact of Macero's work on In a Silent Way in a 2003 Stylus Magazine article:

Behind the scenes, Miles and Teo took the tapes of the In A Silent Way sessions and transformed some beautiful, folk-tinged, melody-driven sets into two exquisite, beguiling and otherworldly pieces of music. Using techniques that pre-dated the proliferation of tape loops, cut-ups, edits and sequencing in rock, pop, hip hop and dance music, Miles and Teo took apart the original recording and reassembled them outside of any traditional or accepted jazz structure or melodic framework. This idea of taking jazz away from its birth, genesis and flowering as a live art and into the studio would soon become standard practice, but in 1969 it was groundbreaking.

Some listeners and critics have complained that Macero overproduced Davis' recordings, and cut too much. But after hearing the unedited tapes from the In A Silent Way sessions, jazz critic John Ballon wrote that the original editing and production "attests to the producing genius of Teo Macero." Ballon continues:

It took a force like Teo to splice together a cohesive album out of so many inspired pieces. Not only did Teo have the balls to stand up to Miles on creative decisions, he had the right. And Miles knew it. And while his ego rebelled against any producer messing with his music, Miles knew that incredibly great records were borne out of the conflict and compromise of his relationship with Teo.

On Davis' 1970 release, Bitches Brew, Macero continued to expand his innovative practices, and "Bitches Brew not only became a controversial classic of musical innovation, it also became renowned for its pioneering use of studio technology."Some of the controversy at the time also stemmed from the use of the word bitches in the title. Macero recalls that when Davis told him that he wanted to call it Bitches Brew, "I thought he was kidding." The album became the best-selling jazz album of its time, selling 500,000 copies by 1976, when most successful jazz albums sold less than 30,000 copies.

Macero's innovative techniques were inspired partially by his association with avant-garde composer Edgard Var?se, and they continue to impact the way musicians, producers, and remixers work in the studio today. Brian Eno, a producer who has worked extensively with U2 and Talking Heads, among others, talked about Macero's influence on him in a 1996 interview with jazzthetik magazine. Eno describes being "fascinated" by Macero's editing techniques and the "spatial" quality he added to the music. "He did something that was extremely modern."

In 1975, Macero left Columbia and formed his own production company. However, he continued to work with Davis until 1983, and continued to produce records for Columbia throughout his career.


Macero also composed and arranged music during his time at Columbia, contributing tracks to (and still producing) several albums including Monk's Monk's Blues, and Something New, Something Blue, a collection of blues compositions and arrangements by Macero, Teddy Charles, Manny Albam, and Bill Russo. He contributed a track to (and produced) John Lewis and Gunther Schuller's Orchestra U.S.A. album, Sonorities, an album of third stream compositions, and he arranged music for easy listening pioneer, Andr? Kostelanetz.


After his tenure at Columbia, Macero continued as a player and producer on other projects, working with Brubeck, Tony Bennett, Herbie Hancock, Michel Legrand, Wallace Roney, Shirley MacLaine, Vernon Reid, Robert Palmer, and DJ Logic. With Robert Palmer he produced the hit song "Addicted To Love".

In the 1970s and 1980s, Macero released a handful of his own albums, including Time Plus Seven, Impressions of Charles Mingus, and Acoustical Suspension, before founding his own label, Teorecords, in 1999. Subsequently, he released over a dozen albums of original compositions, and continued to produce reissues of Miles Davis and other artists for various record companies. However, Macero was outspoken in his opposition to the practice of adding back alternate takes that didn't appear on the original albums, or otherwise altering the original music, on the grounds that it corrupts the intentions of the musicians and the producer at the time the recording was made. "They put all the mistakes back in," said Macero. "Don't destroy the original record."


A Teo Macero documentary film, Play That, Teo, is currently being produced by Olana DiGirolamo, daughter of Macero's friend and collaborator, Orlando DiGirolamo. Shot by cinematographer Fortunato Procopio, the film features a behind-the-scenes look at the person behind the persona, and includes photos, archival footage, and recordings from Macero's personal collection.

Macero was awarded the BMI Student Composer Award in 1953.

Macero received two Guggenheim Fellowships for composition in 1957 and 1958.

Macero was awarded a National Endowment for the Arts grant in 1974.

Music for the Silver Screen

Bumps in the Road

The Eclectic Side of Teo Macero