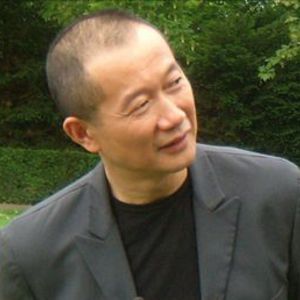 Tan Dun (Dun Tan, ??; born August 18, 1957) is best known as the Grammy and Oscar award winning composer for the soundtracks of the movies Crouching Tiger, Hidden Dragon and Hero. Tan Dun was born in the village of Simao, Changsha in the Hunan province of China. As a child, he was fascinated by the role in his village of the shaman, who conducted rituals and ceremonies, often set to music made with organic objects like rocks and water.

Tan Dun was born in the village of Simao, Changsha in the Hunan province of China. As a child, he was fascinated by the role in his village of the shaman, who conducted rituals and ceremonies, often set to music made with organic objects like rocks and water. However, as a child in the midst of China's cultural revolution, this kind of 'backward thinking' was frowned upon, and he was sent to work as a rice planter on a government commune.

That, however, had very little effect on his affinity for music. He created his own ramshackle musical group, utilizing peasants in the village and playing whatever they could, sometimes just banging on pots and pans. It was from these peasants that he began to learn to play traditional Chinese string instruments.

His escape from the commune came in the form of a government sponsored touring company of the Peking opera. When a ferry full of performers capsized near the commune, killing several of them, Tan was employed by the troupe and left the commune.

From there he went to the China Conservatory of Music, and studied with musicians like Toru Takemitsu, who strongly influenced his musicianship, and his sense of musical style.

In 1985, he moved to New York City as a doctoral student at Columbia University, studying composition with Chou Wen-chung, who had studied with and assisted the composer Edgard Var?se. It was there that Tan discovered the music of experimental musicians like Philip Glass, John Cage, Meredith Monk and Steve Reich. He gradually realised he could incorporate all these disparate influences - his upbringing in Hunan, his classical training at the conservatory and the contemporary experimental composers in New York - into his compositions.

Tan Dun is widely recognized for using non traditional and organic instruments in his compositions. His piece Water Passion After St. Matthew employs amplified bowls of water in lieu of traditional percussion, and his Paper Concerto relies solely on the manipulation of paper to create music. He is also recognized for adding multimedia aspects to his performances, such as orchestras that interact with video, or audience participation.

For the official ceremony for the transfer of the sovereignty of Hong Kong on July 1, 1997, he was commissioned to write Symphony 1997: Heaven Earth Mankind, for cello soloist (who was Yo-Yo Ma at the first performances), the recently unearthed ancient bianzhong bells, children's choir and orchestra.

In 2000 Dun, along with Sofia Gubaidulina, Osvaldo Golijov, and Wolfgang Rihm, was commissioned by the Internationale Bachakademie Stuttgart project to write a piece for the Passion 2000 project in commemoration of Johann Sebastian Bach. His contribution was the Water Passion After St. Matthew.

In 1996 he was selected by the Glenn Gould Foundation as the recipient of the 1996 City of Toronto - Glenn Gould International Prot?g? Prize in Music.