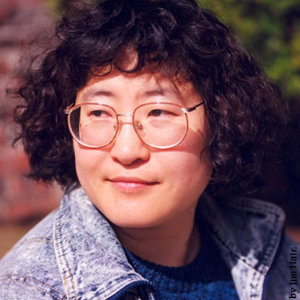 There are two artists named Chen Yi: 1. a Chinese composer 2. Chen Yi was a commune founded in 1978 by about 20 women & men from London & the surrounding area. The sound of Chen Yi is rough & brutal. Electronic music, sound-collages that remind of Throbbing Gristle or (early) SPK as well as electro-pop tracks in the vein of early Cabaret Voltaire, Chris & Cosey, Severed Heads. 1. Chen Yi (??; b.

1. a Chinese composer
2. Chen Yi was a commune founded in 1978 by about 20 women & men from London & the surrounding area. The sound of Chen Yi is rough & brutal. Electronic music, sound-collages that remind of Throbbing Gristle or (early) SPK as well as electro-pop tracks in the vein of early Cabaret Voltaire, Chris & Cosey, Severed Heads.

1. Chen Yi (??; b. Guangzhou, Guangdong, China, 4 April 1953), a distinguished Chinese composer of East-West fusion classical music and also a violinist, became the first Chinese woman to receive a Master of Arts (M.A.) in music composition from the Central Conservatory of Music in Beijing.

Chen grew up in Guangzhou, China, into a talented family. Her parents were doctors and musicians; her mother played the piano, and her father the violin. Her older sister was a child prodigy, and even today her older sister and younger brother work as professional musicians in China.

Chen began studying piano at age three, studying Western composers such as Bach and Mozart. Once the Cultural Revolution began in 1966, Western influences were severely shunned and the arts were attacked. For ten years, education came to a halt and people were relocated to work in large communes in countryside. Her father and older sister were the first to be sent away, but she managed to hide in her hometown a while longer and continued to practice music with some impediments: she was forced to stuff a blanket inside her piano in order to dampen the sound, and play her violin with a mute. At age 15, she could hide no more. Party cadres searched her house, took her possessions, and dispersed the rest of her family to different locations to perform compulsory farm work.

During the Cultural Revolution, Chen used her time spent laboring in the countryside to learn and appreciate Chinese folk culture. She would later in life use this influence to find her own voice and style. At age 17, she returned to Guangzhou and began working as concertmaster in the orchestra of the Beijing Opera Troupe in Guangzhou.

Chen lived for many years in New York City, and studied composition with Chou Wen-chung and Mario Davidovsky at Columbia University, earning a DMA with distinction. Her husband is the composer Zhou Long. As of 2006, both Chen and Zhou are professors of composition at the University of Missouri?Kansas City Conservatory of Music and Dance.

2. The Chen Yi Commune was founded in 1978 by about 20 women & men from London. The aim of the commune was to create a closed subsystem, a kind of subsociety and to narrow down its contact to the outside world only on very few specific actions.
The Chen Yi commune never was interested in producing records, some of the members even refused any form of release whatsoever. In 1981 one member released a tape edition called ?Hanging". The title referred to the first 3 English witches who were hanged in Chelmsford, where the commune house was located. This cassette was sent to various record companies. John Peel saw a potential in Chen Yi which led to a recording contract in 1982/83 with CBS. About 7 tracks were produced for the first Chen Yi LP. More couldn't be finalised, because CBS suddenly pulled out of the contract. This left unfinished tapes of an LP. These recordings were finally released in 2006 by the 90% Wasser label.
http://www.90-prozent-wasser.de/chen-yi.htm
http://www.90-prozent-wasser.de/catalogue.html#wvinyl012