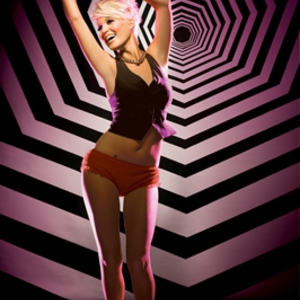 Tammar Anika Chin (born June 14, 1983), popularly known as Tami Chynn, is a singer, songwriter and dancer from Kingston, Jamaica. Her mother is of half Jamaican and half British ancestry while her father is of Chinese descent and Cherokee ancestry. Tami is also the older sister of reggae fusion artist Tessanne Chin. Tami Chynn grew up in the parish of St. Andrew, Jamaica where she attended St. Peter and Paul Prep school and later Campion College.

Tami Chynn grew up in the parish of St. Andrew, Jamaica where she attended St. Peter and Paul Prep school and later Campion College. In 1998, at age 14, she moved to London, England where she spent three years studying the performing arts and in 2001, at age 17, moved back to Jamaica where she worked on her music career and recorded her first single "Rock U" for which she made her first music video. Along Tami Chynn's career climb, she has appeared on recordings with International Reggae stars Sean Paul, Beenie Man, Elan, Assassin and Lady Saw. In addition, she has collaborated with and appeared in music videos with reggae/dancehall artist Wayne Marshall, whom she married in September 2009. Prior to pursuing singing professionally, she toured with Shaggy as a backup dancer.

Although knee deep in the dancehall and reggae scene, there is something different and distinct about Tami's style of music. Her style is simply ?eclectic dancehall,? as she calls it, which combines Pop, Hip-Hop, Jazz, Dancehall and Reggae. Her diverse influences have always given her a more worldly sound. Looking to artists such as Madonna, Gwen Stefani and Kylie Minogue, Tami Chynn has always understood the importance of being an artist who's able to reinvent herself in new genres.

In early 2005, Tami travelled to Los Angeles, USA to perform for Universal Mowtown Records and in May she was signed to the label. In 2006, Tami released her first US single Hyperventilating, which became a hit among Internet fans. In Summer 2006 her first album, Out of Many...One, was independently released in Japan where it managed to peak at #41 on the Japanese Oricon Charts and featured hits like 1,2,3,4 and Looky Looky . Tami continued recording songs for the Jamaican dancehall and reggae scene, including Over And Over Again, Sweet Love, Rube Boy, Give It To Me and many more. In 2006, her song Looky Looky appeared on the soundtrack for the movie Take The Lead. In 2007, Over And Over Again, one of her biggest hits to date, appeared on numerous compilations and mixtapes including Biggest One Drop Anthems 2007 (released October 8, 2007 on the Greensleeves label) and Strictly The Best Vol. 38 (released November 20, 2007 through VP Records).

In early 2007, Tami teamed up with Akon after being introduced by SRC label CEO, Steve Rifkind. With help of mega pop producer RedOne and Akon, Tami began the recording and production of her US major label debut album, Primadonna, which was to be released on the SRC/Universal Records label. She also received help from pop star Lady Gaga who assisted in writing a few tracks for the album such as "Hypnotico (Silly Heartbreakers)" and "Killa Love Song". The lead single from the album, Frozen, also features Akon. In March 2008, she briefly toured the UK and made an appearance on the on bbc radio show 1xtra live on March 22, 2008, where she performed Frozen with Akon for the first time. Tami has cut ties with the Universal label since then and Primadonna remains unreleased. However, she is always back and forth in the studio recording for upcoming collaborations and other songs she releases for her fans at home in Jamaica and elsewhere.

In September 2008, she starred in a Pepsi commercial along side Verne Troyer, T-Paint and Shaggy and made a cover of the popular song "Kung Fu Fighting" for the commercial. During October, 2008 she opened for New Kids On The Block on their New Kids on the Block Tour along side Lady Gaga, Natasha Bedingfield and Colby O'Donis. She also appeared in the video "I'm So Paid" by Akon.

Further information on Tami Chynn can be found at her official websites www.twitter.com/tamichynn and www.myspace.com/tamichynn.

Out Of Many One