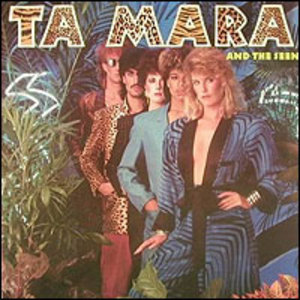 Best known for their 1985 hit "Everybody Dance," Ta Mara & the Seen were among the many acts that came out of Prince's Minneapolis funk/rock scene in the 1980s -- a scene that the Time, Morris Day, Sheila E., Jesse Johnson's Revue, Vanity 6, Apollonia 6 and Mazarati and the Family were also associated with. Lead singer Ta Mara was born in Kenitra, Morocco and lived there as a child before moving to Minneapolis with her family at the age of seven. Growing up in Minneapolis, the singer learned to play several instruments, including piano, guitar, and drums.

After reaching adulthood, she started working with local acts such as the Doug Maynard Band and the T.C. Jammers. Ta Mara also had her own band, which was eventually named the Seen and included bassist Keith Woodson, guitarist Oliver Leiber, keyboardist Gina Fellicetta, and drummer Jamie Chez. In the early '80s, Ta Mara caught the attention of Time guitarist Jesse Johnson, who helped Ta Mara & the Seen get a deal with A&M and produced their self-titled debut album in 1985. The funky "Everybody Dance" became a major hit, but unfortunately, Ta Mara & the Seen would go down in history as one-hit wonders. In 1988, Johnson produced their second A&M album, Blueberry Gossip, which was a commercial disappointment and received very little attention. Ta Mara & the Seen's second album turned out to be their last; dropped by A&M, the band broke up in 1989 without ever recording a third album. Ta Mara & the Seen and Blueberry Gossip are both out of print.