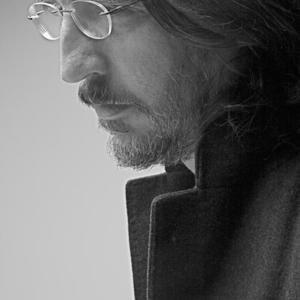 Suso Saiz was born in C?diz in 1957. He made his first moves in music playing in a folk band in his school. Later on, he got in the jazz' circuits at the same time he continued on his guitar studies in the Real Conservatorio de M?sica in Madrid. Afterwards, he studied Composition with Luis de Pablo. In 1980 he founded, together with Maria Villa and Pedro Estevan, the historical "Orquesta de las Nubes". Four years later he recorded his first album.

In 1980 he founded, together with Maria Villa and Pedro Estevan, the historical "Orquesta de las Nubes". Four years later he recorded his first album. Since then, Suso Saiz has became one of the most prolific and versatile Spanish artists: he has regularly collaborated with other musicians such as Javier Paixari?o, Luis Eduardo Aute, Jorge Pardo, Esclarecidos/Lliso, Jorge Reyes or Steve Roach.

Apart from working on his own creations, he has also collaborated in the soundtracks of films such as "La Ardilla Roja" (directed by Julio Medem), "El Detective y la Muerte" (by Gonzalo Su?rez), "?frica" (by Alfonso Ungr?a), "Novios" (by Joaquin Oristrell), "El Milagro de P.Tinto" (by Javier Fesser) and the TV series "Al Filo de lo Imposible". He has also recently been nominated for a Goya Award for Best Song for his work in the original soundtrack of the film "El Arte de Morir" directed by ?lvaro Fern?ndez Armero.

This many-sided artist shows his unsettled broadmindedness above all in his facet as a guitarist and also in works such as the album "Suspended Memories: Forgotten Gods", composed by Steve Roach, Jorge Reyes and Saiz himself. This album was awarded, in 1994, as Best Instrumental Album by the N.A.R.Y.D. Besides, "Distance Look", one of the tracks of the album, was included in the soundtrack of the film "Rapa Nui" (Kevin Reynolds).

Another outstanding facet of Suso Saiz is that as a producer. In this field he has worked for other artists such as Luis Eduardo Aute, Esclarecidos/Lliso, Madredeus, Los Planetas or Joan Valent. He has also entered in the world of dance music, under the name of MSP & Party, at the hands of Rita Marley.

Saiz has performed in the main festivals of new musical tendencies: Caracas (Venezuela), Mexico and Guadalajara (Mexico), Lanzarote, San Sebastian and S?nar Festival (Barcelona, Spain), etc... During the year 2000, together with the heterodox and innovating Basque accordionist Joxan Goikoetxea, he introduced the album "Grandes ?xitos de la M?sica en el Cine - Elektro-Psychedolic Film Music Remix In Living Stereo", a project in which they tribute and make versions of classical film melodies such as "The Good, The Bad and The Ugly" (Morricone), "Pink Panther" (Mancini), "Close Encounters of the Third Kind" (Williams), "Psycho" (Herrmann) or "Amarcord" and "The Godfather" (Rota) among others, and which they obtained unsurpassable reviews with.