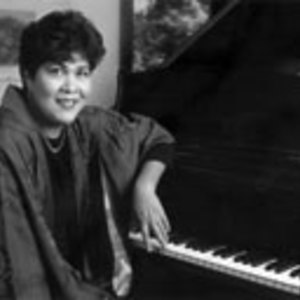 Noted jazz critic Francis Davis, one of the first to recognize her as an extraordinary talent, placed Sumi Tonooka "among the best of today's young pianists." During a career now spanning more than 20 years, Sumi Tonooka has been surprising and delighting audiences ? and quietly piling up accolades from jazz writers and her fellow musicians. Working in trio or quartet with such noted jazz stalwarts as bassist Rufus Reid and drummers Akira Tana and Lewis Nash, Tonooka's recordings characteristically blend her own compositions with highly personal readings of jazz standards.

Her first professional stint at age 18 was with the Philly Joe Jones quartet, Le Grand Prix. From there she went on to perform with such luminaries as Kenny Burrell, Little Jimmy Scott, Sonny Fortune, Red Rodney, Benny Golson and David Fathead Newman. Ms. Tonooka holds a Bachelor of Music degree from Philadelphia College of Performing Arts. She studied piano with Bernard Peiffer, Susan Starr, Mary Lou Williams, and Stanley Cowell, and received additional training in piano and composition from Madame Margaret Chaloff of the New England Conservatory of Music. In addition to her jazz recording and performing, she has composed for film and dance.

Japanese-American and African-American by background, Sumi Tonooka has also broken new ground in her extended compositions blending Japanese musical instrumentation with jazz. Her 1988 work, "Out from the Silence," for koto, shakuhachi, and jazz ensemble, was commissioned by the Japanese-American Citizens League to commemorate the 50th anniversary of the World War II?era internment of Japanese-Americans. JazzTimes called the music "spellbinding." In 1993 a commission from Meet the Composer and an NEA Jazz Fellowship enabled Ms. Tonooka to continue exploring new musical territory combining Eastern and Western musical idioms. In December, 1993, this led to the New York premiere of the Taiko Jazz Project, wherein 8 interrelated pieces based on the I Ching were scored to feature taiko master Kenny Endo, together with some of the most highly respected players in jazz. Since then, the Taiko Jazz Project has appeared on both coasts in trio and sextet aggregations. Tonooka's career has been chronicled on several highly regarded jazz books, including Living The Jazz Life by Royal Stokes, ln The Moment by Francis Davis, and Madamme Jazz by Leslie Gourse (all on Oxford University Press). She now divides her time between composing, teaching, and performing for an increasingly widespread audience of jazz aficionados who have discovered her wide ranging talents.

As an Ensemble Pianist