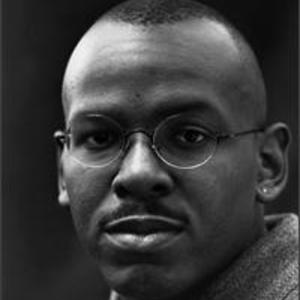 
Stephen Scott (b. March 13, 1969). One of the new breed of "neo-classic" artists that have emerged on the jazz scene in recent years. He started piano at the age of five, and progressed rapidly to the point where he was taking private lessons at Juilliard at 12. Although grounded in classical music, Scott was also exposed to reggae and salsa on the radio, but wasn't introduced to jazz until his high school years (he gives saxophonist Justin Robinson the credit for that). By the age of 18, Scott was playing in the band of singer/talent scout Betty Carter, and soon began performing or recording with the likes of the Harper Brothers, Wynton Marsalis, Bobby Watson, and Bobby Hutcherson. Beginning in 1991, Scott turned out a steady supply of mainstream albums for Verve, using mixtures of fellow young lions and esteemed veterans like Joe Henderson, Ron Carter, and Elvin Jones as sidemen; and he also played on Henderson's 1991 commercial breakthrough, Lush Life.

Stephen Scott (b. Corvallis, Oregon, 1944) is an American composer best known for his development of the bowed piano, which involves a grand piano being played by an ensemble of ten musicians who utilize lengths of horsehair to bow the strings of the piano, creating an orchestra-like sound. Scott founded the Bowed Piano Ensemble in 1977, for which he composes. His work is associated with the minimal style of composition.

Scott has taught music at Colorado College since 1969, and has been a full professor there since 1989. He has also taught at Evergreen State College and has served as visiting composer at the Aspen Music School, New England Conservatory of Music, Princeton University, the University of Southern California, and at several universities and conservatories in Australia and Europe.

Steven Scott began playing guitar at age of 12, with a background in prog-rock, folk, punk and indie bands. He currently plays electric and acoustic guitar in 'Magicfolk' and also plays guitar in an experimental, improvisation multi-genre band called 'Norwich Labrats'. Steve also has annual reunions for recording with a previous indie band in Essex.

Steve loves to do occasional livelooping performances, creating spontaneous sonic soundscapes in unusual places, eg, Will Giles Exotic Garden, Bergh Apton Sculpture Trail (played for 5 hours, but great fun!), Sainsbury Centre for the Visual Arts, The Subud Festival, Surlingham Church, The Octagon Chapel in Norwich, as well as an Urban Farm in the middle of Sheffield!

Vikings Of The Sunrise: Fantasy On The Polynesian Star Path Navigators