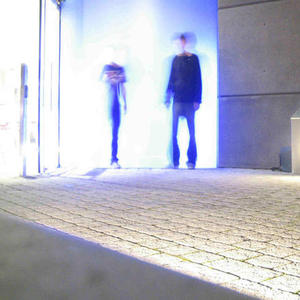 There are multiple artists/bands that go by the name Subway... 1) The krautrock inspired duo Subway consist of Alan James and Michael Kirkman. They are signed to Sunday Best and have recently released an album called ?Subway II' on Soul Jazz records. The Subway duo has seen their work included on such albums as Danny Howells' Global Underground 27 mix (?Live In Miami?) and Hot Chip's mix for the DJ-Kicks series. Their myspace is here: http://www.myspace.com/subway2006.

1) The krautrock inspired duo Subway consist of Alan James and Michael Kirkman. They are signed to Sunday Best and have recently released an album called ?Subway II' on Soul Jazz records. The Subway duo has seen their work included on such albums as Danny Howells' Global Underground 27 mix (?Live In Miami?) and Hot Chip's mix for the DJ-Kicks series. Their myspace is here: http://www.myspace.com/subway2006.

2) The Chicago based group Subway, comprised of Eric McNeal, Keith Thomas, Trerail Puckettand Roy Jones. The group was signed to Michael Bivins Motown-distributed label Biv 10. They came out on the scenes in 1995 with the hit single ?This Lil' Game We Play? featuring labelmates 702. The single set the group off to a good start, going gold and selling nearly a million copies. Their debut album was titled Good Times, and came out later that year. Written and produced by Gerald Levert and Edwin Nicholas, the album packed some solid hits such as the aforementioned ?This Lil' Game We Play.? In addition, the album's single ?This Is Not A Goodbye? went gold.

3) Hip Hop artist from Canada. Stephen McGruther aka Subway Born in the small town of Brooks, Alberta in August of 1986?Subway would point his earliest music inspiration to be none other than his own father. With a vinyl collection that included the likes of Jimi Hendrix, The Grateful Dead, Eric Clapton, Pink Floyd, Stevie Ray Vaughn and Led Zepplin among countless others. Taking guitar and drum lessons at the age of 13, Subway's first lesson taught him the chords ?E?, ?A?, and ?D?. And just the very next week he had created a song from scratch using only those 3 chords. And from some basic jamming sessions, he started to write his own songs, with his own lyrics and nothing but an acoustic guitar?giving birth to Subway;s extremely strong songwriting abilities. It wasnt until a few years later that Subway would be introduced to Hip Hop. After meeting a group of b-boys from Nanaimo, Tony Rochette, Mikey Steez and JuneBug (who is now his current manager), the group showed Subway his first real glimpse of Hip Hop, playing the likes of a lot of local BC artists to his virgin ears, and showing him the variety and talent that you dont hear on most mainstream radio. However at age 18, things took a turn for a spill as Subway had to pull anything musically off the table as a year long drug addiction had caught up with him. He was able to recieve help from the ?Launching Pad Recovery House? in WhiteRock, BC. It was here that he started writing his first rhymes with his roomate at the time, and he spent his recovery time recording make-shift songs on a rented turntable, tapedeck, and a microphone. This is where music became his ?new drug?, and has since made the effort to never waste a minute without it?believeing that he could may well be dead without it. In 2007, Subway was on a visit to Nanaimo and met back up once again with Mikey Steez, where he met a local group called Sunk City. After talks of collaborating raised, Subway was able to record his first 2 ever recorded songs with the group, and after realizing his strong work ethic, Sunk City asked him to be a part of the group permanently, to which he accepted, and moved to Nanaimo a week after. After about 6 months the ensemble had recorded a full length CD, to which Subway started to recieve local accolades and his rep grew bigger. He and the group eventually parted ways, to which Subway had met a young female singer out of Nanaimo named Eliza Smith. The duo created a live hip hop/jazz band called ?Allie's Way?, which consisted of keys, lead guitars, bass guitars, drums and a 3 piece horn section, which was felt so locally they made 2nd place in Nanaimo's annual ?Battle of The Bands?. Given the groups large work schedule, they all found themselves working on other various projects and decided to bring a halt to their music collaborations for the time being, but hope to continue working together in the future. Subway spent his downtime rapping over various beats from Soundclick.com, getting frustrated with it he decided to venture out to the world of Myspace in search of a producer who could craft the beats he was seeking. In doing so he met the acquaitence of Victoria's Guy Woods. Guy's soulful harmonies on the boards matched perfectly with Subways vocal energy, and the 2 linked to make it happen. They named themselves ?The Scalebreakers?. The Scalebreakers (SUBWAY & GUY WOODS) have shared stages with- The Mighty Underdogs(Gift a Gab, Lateef), Swollen Members, Gene Simmons,The Beatnuts, Sweatshop Union, Moka Only, Josh Martinez, Emotionz, They have also Toured with Maestro Fresh Wes, Choclair and planning on go back out with Choclair in Oct! haveing dropped his first solo LP ?On the Right Track?, Subway's doing it big with guest appearences from Narai Dawn,Guy Woods and Metty The Dert Merchant from Sweatshop Union, as well as production from Rob the Viking from Swollen Members.

4) Subway was a duo, consisting of an American and an UK-guy, Irvin Mowrey and Malcom Watson who released their only album in France as 200 vinyls in 1972. There they lived and played both for some time as street musicians, who played their compositions even at Parisian subway, hence the bandname. Unfortunately the album fell through, so the unsold vinyls were melted, as usual in France at this time.The band presented a phantastic psych-folk music with prog-rock-elements. An absolutely top-album, which hopefully now will reach a bigger audience, as the original LP is very rare. Fully remastered sound for this great studio production. This first ever CD reissue is made under license of the musicians."

A truly odd and almost indescribably strange record (now on CD for the first time ever) from the annals of European prog circa 1972. subway were a half American, half British duo, living in France (see what I mean? It's nonsense already) who released 200 copies of this, their self titled album, on vinyl, and promptly disappeared without trace. Their sole 'gigging' consisted of busking in Paris subways- hence the band's name- and to add to the legend, it seems that most of the unsold copies were melted, which was usual French practice!! The music itself is dark, psychedelically inclined folk with elements of freeform prog: somewhere betwixt Comus and the West Coast Pop Art Experimental Band, but with less instruments.


5) A hard rock band from southern Germany, which had some success in Japan

8) Subway is an electronic/trance group composed of Ray Kajioka and Smooth.

9) A four pieces girl rock band from Marvejols, France. The band formed when the girls (Samantha : drums, Rachel : bass, Sarah : guitar and Severine : lead singer and guitar) were in high school.
After a couple of EP in 1996 and 1998 they released a first album in 2000 Superautomatic. Then a second in 2003 ?Rien ne se voit?, on a major label. Amandine the new lead singer replaced Severine in 2005 and their next album ?L'intranquille? in 2007 became a real success with a first hit ?Paris'. Their main influences are Noir Desir and Eiffel Their official site is www.subway-officiel.com.

10) A Dutch punk rock band from Groningen which was active in the late seventies. In 1978 they released the 7" "Jesus Loves Me, But I Don't Care"/"You Gotta Support".

Hold On To Your Dreams