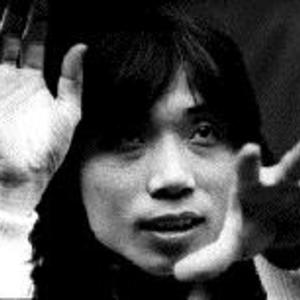 Stomu Yamashta (born Yamashita Tsutomu, Japanese: ???, 15 March 1947, Kyoto, Japan) Since the late 60's he has developed an international reputation as a composer and performer (percussion, keyboards) of serious music, jazz rock fusion, rock, electronica as well as multi-media projects for the theatre, a ballet score ("Shukumei" ) and cinematic soundtracks. He studied jazz. He has toured and played with the Chicago Chamber Orchestra and the rock group Come to The Edge. YAMASH'TA has recorded not only jazz rock fusion and rock but music by the serious modern composers Maxwell-Davis and Henze.

He came to Europe in the early 70's working briefly in France on theatrical multi-media projects (e.g. the precursor for ?Red Buddah Theatre? and ?The Man From The East?) before moving across the Channel to England. Through the 70's YAMASH'TA recorded the majority of his 70's albums in the UK but alas very few of the Island Records recordings have been issued on CD. He has composed the soundtracks of the David Bowie film ?The Man Who Fell to Earth? (which borrowed significantly from earlier recordings), Ken Russell's ?The Devils?, and race car documentary ?One By One?.

STOMU YAMASH'TA is probably best known nowadays as the leader of the supergroup GO with STEVIE WINWOOD, AL DIMEOLA, KLAUS SCHULZ and MICHAEL SHRIEVE for three albums and related performances. However, prior to forming GO, YAMASH'TA played not a small part in nurturing musicians who were subsequently better known for playing in important 70's UK jazz rock groups, e.g. BRAND X and ISOTOPE ? this is worth expanding since this aspect of his work (relevant to Progarchives) is often neglected on the web. YAMASH'TA attracted musicians such as MORRIS PERT and GARY BOYLE (previous known for working with BRIAN AUGER) to his ?Red Buddah Theatre? project/recording (one of the few albums available on CD) and then on several later recordings. MORRIS PERT with that other future BRAND X player PETER ROBINSON recorded first as SUNTREADER. YAMASH'TA recruited ex SOFT MACHINIST HUGH HOPPER to what would become the critically acclaimed 1973 recording ?Freedom Is Frightening? ? one of those albums that is crying out for CD release, with BOYLE and HOPPER working together for the first time. GARY BOYLE went on to form ISOTOPE, which of course HUGH HOPPER joined for their second recording ?Illusion?. In 1974 YAMASH'TA formed the band EAST WIND.

After leaving Europe in 1980, STOMU YAMASH'TA retired to a Buddhist temple in Kyoto. Such retirement was brief and he then released a number of recordings employing synthesisers, pre-recorded taped sounds, orchestral instruments and percussion. Of these recordings the so-called ?space music' of the 1983 record "Sea and Sky? is available on CD. He continues to occasionally release albums in this electronica/ambient genre.His 'Space Theme' was used by the BBC on The Hitchhiker's Guide to the Galaxy (radio series).

The Man From The East (Vinyl)