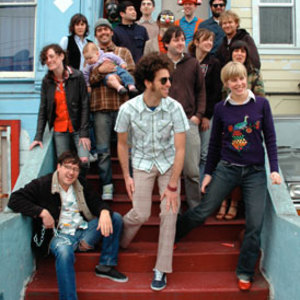 More of a collective than an actual rock band, Still Flyin' is the brainchild of singer/songwriter Sean Rawls, who formed it in late 2004 in San Francisco after relocating there from Athens, GA, in 2003. Rawls was inspired to put the group together by a song he had written with a member of Je Suis France, "Never Gonna Touch the Ground." To jam on the song, he invited a wide range of friends to rehearse, resulting in an ever-shifting personnel of upwards of 15 musicians and singers at a time, performing locally.

On A Bedroom Wall

A Party In Motion