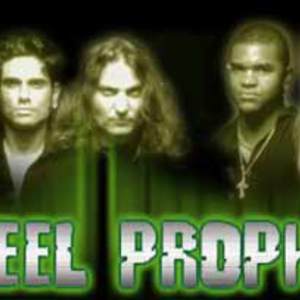 Steel Prophet originally formed by guitarist Steve Kachinsky under the name Hard Prophet in the 80s is good old American powermetal. Although the band's music is influenced predominantly by Judas Priest, Metallica, Yes, Forbidden, and Sabbath, more personal influences include Queen and Pink Floyd. Leaked a demo in 1990 Inner Ascendence, and then finally got signed in 1995 with the release of their first album Goddess Principle. Dark Hallucinations, released on the Nuclear Blast label got some attention but they still remain fairly underground, with more German notoriety than anything.

Through many lineup changes, Steve Kachinsky's writing remains true. Their latest, Beware was under the new Massacre Records, and they are currently planning a new album for release sometime this year. Rick Mythiasin has been taken on again as vocalist for the album and a smallish tour planned for this fall. New single, Trickery of the Scourge is available on the band's MySpace and has a slightly different sound.

Book Of The Dead

Into The Void (Hallucinogenic Conception)