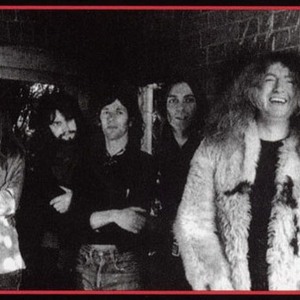 There are multiple artists with this name: 1) Spring was a British band that represented the early 1970s progressive rock movement. A one-shot band, it recorded only one album in its career, a self-titled LP released in 1971. Spring's music is notable for the use of the mellotron, with three of the band's six members playing that instrument on the album. Spring was a sextet comprising Pat Moran (mellotron and vocals), Ray Martinez (lead guitar, 12-string guitar and mellotron), Pique Withers (drums and glockenspiel)...

1) Spring was a British band that represented the early 1970s progressive rock movement. A one-shot band, it recorded only one album in its career, a self-titled LP released in 1971. Spring's music is notable for the use of the mellotron, with three of the band's six members playing that instrument on the album.

2) Spring (IL), having been born and raised in the midwest reigon of Illinois and with that the music culture surrounding it, Reid Erickson, Kirill Orlov, and Andrew J. have seen local acts come and go over the years as well as there own bands and projects coming to a hault. Reid Erickson and Kirill Orlov have been in band's such as there first one called Nailing Amy: A sound that illustarted a pop punk feel without the pop punk additude. Chuangtzu: A punk/rock four piece turned to an epic 6 piece in the decline that started in 2004. Some believe they had the potential to write there sucess story but with personal obstacles coming there way and frustration between band members, Chuangtzu's career ended in 2007. Last but not least Authors Of: A three piece project started shortly after Chuangtzu ended. This band had more of a concept to slow/moderate avant acoustic styles.

Andrew J. has been in band's such as his first, an indie/alternative act called Broken Holiday. This band started in 2003 and had a similiar story to Chuangtzu's where the sucess story had expected uprising; alas the ink dried up to fast and therefore Broken Holiday's career ended in 2007. Blackwalls: a shortlived concept that originally was going to lean more towards an expiremental/avant garde sound but quickly vanished due to climaxing tension of band members. Currently Andrew J. is doing his own project,at the moment under the name of Andrew J. & the Shadows.

During the whole aftermath of Broken Holiday, Chuangtzu, and Authors Of, Kiril Orlov decided to move to Miami in 2007 hoping to start a new life with his girlfriend at the time, Reid working on a project with Rocky Guloy (both of the late Chuangtzu) called Language. Andrew J. was just starting Blackwalls.

One night, sometime in February 2008 there was new's of Kirill returning back to Chicago after a dissapointing turnaround of events and Reid Erickson took the initiative to call up Andrew about starting a new project. The idea seemed like a great one, but the effort was initially scarce. When the band did start finally practicing and rehearsing several months later, there other focus was a vocalist. They did find one shortly after named Andrew Smith but due to health problem could not pursue the role as a frontman for Spring. It all came together by March when Spring released an Untitled E.P. with four songs. Tracklisting: 1. Grow Up Daisy May Grow Up 2. Antiques and Porcelain 3. Seven Twenty-Four D 4. Three and a Half Hours. Even though these recordings were only demos to be put up on the internet for the curious music seeker; friends and potential fans they were representations of something bigger to come and later on a positive response was given to the band at the few shows that have been played so far this year.

Now here is the present. A sample of what is Spring today. A blend of elementary emo, mixed with progression and pop ethic. Spring still does without a vocalist to their dismay. Spring is looking for a vocalist with desperation, but not without discrimination. Spring hopes to find that vocalist who expands their art, not just someone to fit the roll.

3) Spring is also a Flemish band, which originated from the television series by the same name on the Belgian Ketnet channel. They've had several hits in their home country.
The official websites:
Character: http://www.spring.be
Video clips: http://www.studio100tv.be/videoclips/spring

4. Spring is also the name of a California based singer-songwriter. She was born and raised in NYC, NY. and has a degree from The Boston Conservatory in Music/Theatre. She has performed on Broadway in several shows including Grease! & Saturday Night Fever. She has 3 CD's, SPRING, Springgroove and It's Alright.

6. Spring was also a name of a rock band in Malaysia. They first appearence was on music competition, War Rock 1 in year 1987. They also appear in the same competition (War Rock 3) two years later. But they were famous since their first, self titled studio album that were released in 1991.