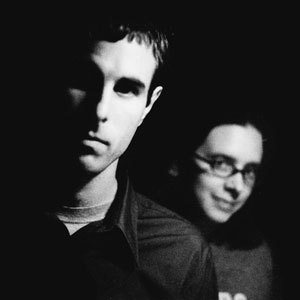 Spokane originates from Richmond, Virginia. Its principal vocalist and songwriter Rick Alverson founded the band in 1999, after the dissolution of his previous 10-member project Drunk, with the intention of exploring that small, quiet, sometimes disturbing (and most often ignored) space in life between events and behind the glare of the overtly mentionable, and as a vehicle to stand (however quietly) in objection to the west's cultural addiction to the fast, loud and ostentatious.

He released Leisure & Other Songs the following year, a deliberately vacant document of the American experience. Soon thereafter Courtney Bowles joined as drummer and vocalist, and, along with violinist Karl Runge, the band released its sophomore album The Proud Graduates, which firmly established them as "minimalist leaning, devastatingly subtle craftsmen of the quiet pop form, mixing delicate melodies with a strange, conflicted emotion." Its title track contained the memorable phrase "you combed your hair/ just like your father told you to/ but your room just isn't the same" representational of the longing present on much of the record, along with the barely veiled critiques of western escapism.

The band then quickly recorded and released a Spanish EP entitled Close Quarters. They toured the US and Europe and upon return in 2002 immediately set about producing their 3rd full length release Able Bodies. On returning home from the initial recording session in Bloomington, Indiana, the three suffered a serious interstate car crash and, though they fortunately escaped unharmed, the event proved a turning point in the bands career. Karl Runge moved to Chicago and Courtney and Rick welcomed friend and LaBradford alumni Robert Donne to the fold on bass. The three all shared a distaste for the American political establishment and animal byproducts. Their next record Measurement (coined so as to analogously reflect the accidental profession of "carpenter" that fell upon both Robert and Rick), featured the patient, imperialist-critical, "Protocol" and sent the band once again to Europe to tour where they were welcomed by receptive, quiet crowds. But the tour proved financially difficult and the group returned to Richmond for a rest.

After a four year hiatus, in the spring of 2006, the band undertook the building of a replica nineteenth-century federal home, designed by Rick to the specs of a gutted historic house down the road. The building was a difficult, conflicted process, haunted by the idea of perfection and questions of what separates us from what we disdain, during which their 5th full-length album Little Hours was written and recorded. Released in 2007, it serves as an aural parallel to that year and event.