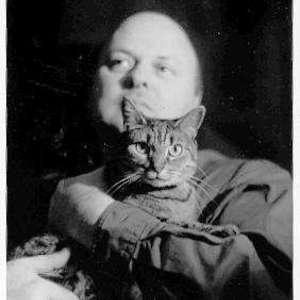 Sol Invictus is an English neofolk and neoclassical group fronted by Tony Wakeford. Wakeford founded Sol Invictus in order to pursue his own musical ideas. He was an original member of Crisis and Death in June with Douglas P.. He formed Sol Invictus in 1987, working with Ian Read and Karl Blake. He has been the sole constant of the group, as it continues to bring forth new forms and conceptions.

Wakeford has described Sol Invictus as a "cabaret band from Hell for the fin-de-si?cle" and has referred to his work as folk noir. He has said the name "comes from a pre-Christian Rome-based cult. Many of its trappings were taken over by the church. The name means 'the unconquered (or victorious) sun', and it was brought back by the legionnaires returning from Persia. The sun has always been an important symbol and as the cult of Sol Invictus nearly defeated Christianity at one point it seemed a good name to use. I also love the sound of Latin. "

Sol Invictus imagery and lyrical content, especially initially, was strongly influenced by a antipathy for the modern world and materialism. The band also had considerable interest in Heathen and Mithraist themes, often reflecting an explicit antipathy to Christianity. Wakeford has written from a melancholic position of doomed Romanticism, which laments the loss of beauty, love, and Culture. He sees Americanism as a scourge upon Europe, as expressed with pitch-black humour in his song, "Death of the West" from the album of the same name.

In A Garden Green

The Hill Of Crosses