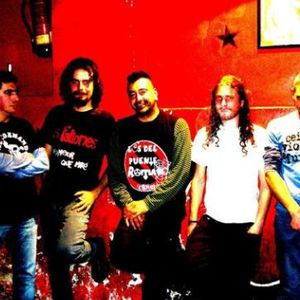 There are four acts known as Soak. 1) SOAK aka Bridie Monds-Watson, a singer/songwriter from Derry in Northern Ireland with one of the softest most beautiful voices of recent times. http://soundcloud.com/gardenknome 2) An American ROck band. Soak formed in 1994 and released 3 independent albums (Additive Free Sunday, Second Spool, Omniphonic Globalnova) then in 1996 got a management contract from Rainmaker Artists.

1) SOAK aka Bridie Monds-Watson, a singer/songwriter from Derry in Northern Ireland with one of the softest most beautiful voices of recent times. http://soundcloud.com/gardenknome

2) An American ROck band. Soak formed in 1994 and released 3 independent albums (Additive Free Sunday, Second Spool, Omniphonic Globalnova) then in 1996 got a management contract from Rainmaker Artists. In 1996 signed with Interscope Records after Jimmy Iovine fell in love with Me Compassionate. Having a 2 guaranteed album deal, we recorded one record and then after some changes at the label we felt that we were heading in different directions. After seeing how label mates the Toadies and Deep Blue Something were being treated on their follow up albums (both previous albums platinum selling) we decided not to move on to record our second album and rather shop our first one to try and give it another chance. In steps Seymour Stein and Sire Records and the Flywatt album that added songs "Do It", and "Drowning." After parting ways with Sire, we recorded 2179 on Rainmaker with Koch as our distributer. Then recorded the Sucker Punch demos (never released) bringing John Moyer back in to help write and track as he was out of his band Union Underground and just prior to joing Disturbed.

We were said to be one of the best bands you have never heard of...ha ha. We played with everybody in the 90's and had a great experience that many musicians never get. We are all very blessed for the opportunities that we were given and all still stay in touch with the musical community in our own ways. So we will be looking forward to reviving this material and playing our upcoming reunion show at Red Eyed Fly on September 26th. We hope that many of our old fans and friends will be able to make it out to celebrate the 15 year anniversary of SOAK.

And the other question is most memorable shows....the biggest show ever for us was the Blockbuster Rockfest at the Texas Motor Speedway, we did main stage after a group called Souls and before Sugar Ray. There were reoprted to have been 500,000 there that day, we estimated 300,000 when we played...it was huge regardless. And the best small show would have to be a club in Memphis...we had just played with INXS at the Starplex in Dallas and were on our way to the east coast to meet up with the R.O.A.R tour doing pick up gigs along the way. Some small hole in the wall in Memphis, can't remember the name, but not including the sound guy and the bartender there were 2 people there. Just happened to be Jeff Buckley and his producer playing pool. Sadly Jeff passed away just a week later. All in all there are a ton of fun stories and great times that we all shared together and we would love it if you would come out to join us to share in this new memory.

Thanks for reading and hope to see you on September 26th
This will also be the 10 Year Anniversary of my bar Red Eyed Fly as well as my 37th Birthday....So I'm knocking it all out in one day..Ha Ha Heath

Everybody Loves You (CDS)

Before We Forgot How To Dream