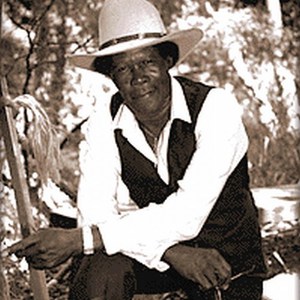 Smokey Wilson remains one of America's most precious and irreplaceable treasures, the Bluesman. Born in Mississippi in 1936, Robert Lee 'Smokey' Wilson learned the blues at the feet of legends like Elmore James, Jimmy Reed, Howlin' Wolf and B.B. King. As a child, Smokey's burning desire to play the blues had to be satisfied on a home-made broom handle and bailing wire guitar until his mother bought him his first acoustic at thirteen.

As a child, Smokey's burning desire to play the blues had to be satisfied on a home-made broom handle and bailing wire guitar until his mother bought him his first acoustic at thirteen. He would soon be known as 'Mississippi Smokey' in and around his hometown of Glen Allan. Nearby Greenville was a hot bed of blues activity and spawned a new generation of blues men that carry on the tradition today. Artists such as Little Milton, Tyrone Davis, Frank Frost, Sam Carr, Big Jack Johnson along with Smokey were nur?tured in the juke joints around Greensville. Smokey played drums and bass in his older brother's band until he could outplay his sibling on guitar. The band was then renamed "Little Robert & the Soul Searchers" and toured southern juke joints with Roosevelt 'Booba' Barnes.

Smokey is difficult if not impossible to categorise. Possessor of a powerful voice, he can bellow like the wolf or cry sweetly like B.B. King or Tyrone Davis. Smokey's guitar playing is equally diverse as he romps through the stylings of Elmore James and Jimmy Reed one song and then polished urban blues the next. He also digs into the soulful side a la Z.Z. Hill and Tyrone Davis which was extremely popular with the pa?trons of the Pioneer Club, Smokey's dyncamic singing and playing bare the influences of these greats, not by imper?sonation, but by the fact that Smokey is the genuine article. He has traveled the same roads, played the same clubs and shared the same stages.

Unfortunately Smokey's success at the Pioneer club did very little for his reputation outside the West Coast. Running and performing an the club made it impossible to tour extensively and gain the expo?sure and accolades due an artist of his talent. He was able to remove himself from the club long enough to help start the Long Beach Blues Festival and be featured in the internationally televised PBS special "Three Generations of Blues" with Robert Cray and John Lee Hooker. Despite years of tearing up the West coast club and festival circuit and tours of Japan, Australia and Europe, it was not until the release of "Smoke >n' fire" on Bullseye in 1993 that Smokey began receiving his long overdue recognition as a blues power. Other releases are "Smokey Wilson with the William Clarke Band" (Black Magic) and "The real deal" (Bullseye). This album was nominated for a Handy Award in the Best Traditional Album category.

Back To The Roadhouse

The Man From Mars

With the William Clark Band