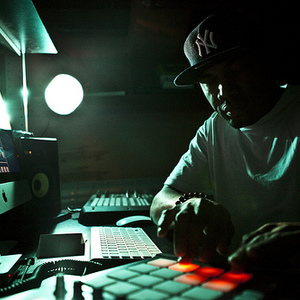 David Willis, known by most as Ski and Ski Beatz, is an American record producer from Greensboro, North Carolina, mainly working in hip hop. Discovered by DJ Clark Kent, Ski was originally known as "MC Will-Ski". In the 1980s, he was a member of the groups The Bizzie Boyz and Original Flavor. As MC Will-Ski, he not only rhymed, but produced most of the tracks himself. Ski has been active since 1989

After an extended absence from the hip-hop scene, "Will-Ski" re-emerged. This time strictly a producer using the shorter moniker "Ski." Ski formed a partnership with Darrien Dash, cousin of Damon Dash. Together, they co-founded "Roc-A-Blok" productions, as a sister company to the then fledgling, Roc-A-Fella Records. Ski contributed four tracks to Jay-Z's debut album, "Reasonable Doubt." These included the hits "Dead Presidents," "Politics as Usual," and "Feelin' It."

Ski established a reputation for his organic production style. He was a contemporary to DJ Premier and DJ Clark Kent. Ski was hired to provide tracks for AZ, Lil' Kim, and Fat Joe.

Recently, Ski has produced songs for Foxy Brown, Nature, and Proof. Ski continues to produce for Camp Lo, providing most of the production for their second album Let's Do It Again and also their third album "Black Hollywood". Ski has also worked with underground rapper and fellow North Carolina native J. Bully entirely producing his debut "Southern Exposure".